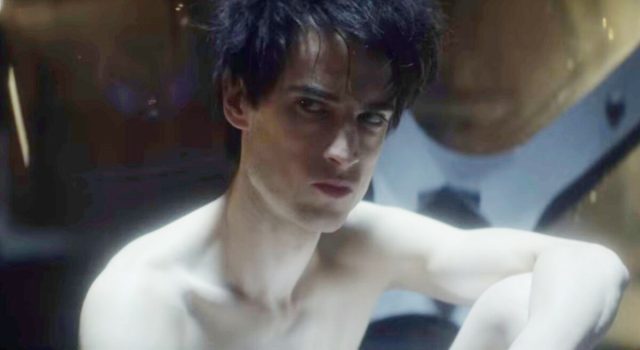 The Sandman is finally here and needless to say, it is every comic book reader’s dream come true. But while the series manages to be an almost accurate adaptation, it does indulge in a few glaring inconsistencies, which are never explained once the scene is over. In fact, the series kicks off with one hard-to-ignore plothole whose existence is enough to shake the foundation of the storyline from the get-go.

In the first episode of The Sandman, titled “Sleep of the Just,” Dream is captured by Roderick Burgess, a crude and greedy British warlock who hoped to ensnare Death instead. He tries to strike a deal with Dream to free him in exchange for getting his wishes like attaining immortality. But the Lord of dreams maintains a stony silence and is left to live decades in captivity in Burgess’ dungeon.

As per the lore, Sandman is always accompanied by a raven and so was Dream when he landed on Earth but was trapped by Burgess. His raven, Jessamy, had been trying and failing to infiltrate Burgess’ house to free her master for the first 10 years. When she finally manages to start a fire to cause a distraction and flies down to the dungeon, intent on breaking down the glass cage keeping Dream trapped and powerless, she is shot down by Burgess’ son, Alex.

Jessamy dies a heroic death and we get to see the first flicker of shock and profound sadness on Dream’s normally emotionless face. And apparently, that’s all the writers of the scene were concerned with as Jessamy’s plan of action to rescue her master just doesn’t make sense.

As seen throughout the series, ravens have the capability to travel from the Dreaming to the human world and vice versa.

Yet, in the 10 years Jessamy scouted Burgess’ house, she never tried to go back to the Dreaming to seek help in rescuing Dream — Lucienne would have definitely thought of some neat trick — or at the very least, to inform the residents of the realm who left thinking that Dream abandoned them. She doesn’t try it even when she sees the Corinthian arrive at Burgess’ door with instructions on how to keep Dream imprisoned for centuries. Despite the rising stakes, the best plan she could think of was to lay in wait for 10 years and conduct a one-man suicide mission.

Well, while the writers of the series don’t bother to provide a reason to back up Jessamy’s seemingly illogical master plan, we have pieced together two possible justifications based on all the scattered clues in the ten episodes of The Sandman:

We have seen how Dream in captivity directly affected the Dreaming and the human world. We have also learned that ravens simply exist to assist Dream and do his bidding. Maybe the latter’s imprisonment, the subsequent loss of his tools, and his weakened state messed with the raven’s powers as well. Maybe Jessamy did try to seek help but with the Lord of Dreaming unable to muster enough powers to break out, her powers were at their lowest point, and hence she could never cross the human realm.

Throughout the series, Dream’s new raven, Matthew, keeps going from the Dreaming to the human world to keep an eye on Rose Walker. In fact, he manages to travel to our world even when Dream was still looking for his tools. This means that the mere presence of Dream, without anything restricting him, is enough for a raven to channel its set of abilities, i.e. crossing from one realm to another.

The only exception here would be when a raven has to travel to or from Hell. As seen in The Sandman, when Dream decided to pay Hell a visit to recover his helm as well as when he implored Matthew to travel back to the Dreaming with the aid of his sand to inform Lucienne about his whereabouts, in both cases the raven (and Dream) need the sand to travel. Apparently, the laws of Hell work differently and restrict Dream’s powers. Going by the logic we cooked up above, it means his raven’s power levels get degraded as well and stop him from leaving Hell on his own.

From the very first episode up until Dream finally ditches his ego to ask for Lucienne’s help to deal with the Dream Vortex, it is evident that the titular Sandman cherished his pride and overconfidence above everything. It is evident that Lucienne’s wisdom is paramount in running the Dreaming. But when she cautions him about going to the human world to catch the rogue nightmare, Corinthian, as the strength of his powers would significantly decrease here, he barely pays any heed to her words — he doesn’t even bother to grace her very logical concern with an answer.

The same thing happens when Dream is captured by Burgess. While a simple wish-granting act would have got him his freedom, it is evident from Dream’s little monologue in captivity that his pride is more important than the well-being of humans and his realm. He would rather stay stuck in a staring match with a mortal than utter two words and fulfill some pesky wish or two to taste freedom, and plan his vengeance later.

When his sister, Death, admonishes him later, she exclaims that he could have asked for her help and how he is “self-centered.” She stresses how she was worried about him and would have come to his aid if and only if he had called for her. This simple scene establishes what we learn early on about Dream — that his pride and being right matter more to him. Many viewers have speculated that when Roderick Burgess died, Death or one of her minions must have come to collect his soul and definitely saw Dream in the cage. And yet no one came to his aid, not even Death, who seems to genuinely care for her brother.

She knows all about her brother’s hollow pride and knew that no matter how dire the situation was, he wouldn’t take well to being treated as the damsel in distress.

Obviously, given the bond he shares with Jessamy, she knows how fickle her master’s ego is. Imagine her going to the Dreaming and getting some powerful army of magical creatures to Dream’s aid, only for him to lose his cool because Jessamy tried to undermine his authority and role as the Lord of dreams by daring to think that he would need the lesser creatures of his realm to rescue him.