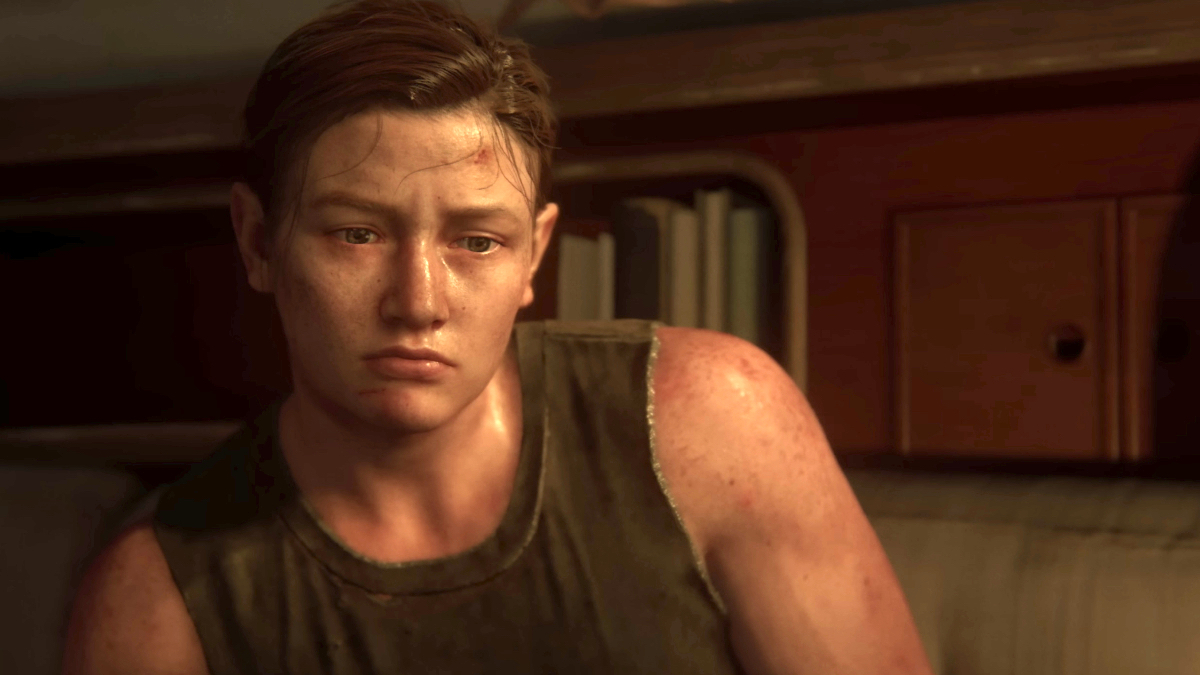 Image via Naughty Dog/The Last of Us Part II

With The Last of Us finally premiering on HBO Max, the show had its high expectations met with plenty of acclaimed reviews from the very first episode alone. Right after its premiere on the platform, the show sparked conversation surrounding the post-apocalyptic setting as it heads into its second episode — and, hopefully, its second season. Although there is only one episode out, with an entire season ahead, fans of the video game saga by Rockstar already know there is plenty to be unveiled in the future for its live-action counterpart.

A question lingering on fans’ minds surrounds one of the main characters from the second installment: Abby. The second title in the franchise pursues Ellie’s journey, a departure from Joel’s point of view throughout the first game, and throughout this gut-wrenching game, new characters are introduced. A character that made her debut and received plenty of screen time was the stout and powerful Abby. This controversial and ambiguous character offers some of the most heartbreaking moments in The Last of Us saga, as well as some of the greatest playthroughs in the second title, thus becoming a more complex character than initially imagined. Considering her major role in the story, who could possibly be playing this powerful force in the future of The Last of Us?

With the only downside being her height and physique, Florence Pugh is a near-perfect choice to portray Abby in The Last of Us. Pugh’s name has completely taken over Hollywood for her intricate and multidimensional portrayal of Dani, proving that the 27-year-old actress would be capable of perfectly capturing Abby’s convoluted inner feelings and conflicts. Pugh is known for her short stature, but as many have pointed out, Abby’s imposing height isn’t necessarily the trait that makes her appear threatening. Instead, her robust figure only makes her distinct in a crowd.

Known and praised for her role as Dot Campbell in Amazon Prime’s The Wilds, Shannon Berry has proven her worth as an actress time and time again. Berry’s natural talent would undoubtedly bring the perfect realism a character like Abby requires for her complex ideals and thoughts. In addition to Berry’s possible new light on this character, the 22-year-old’s own acting expertise must be taken into consideration while casting such a complex character. From her portrayal of Emme in Hunters, this young and promising actress would certainly bring a fantastic Abby onto our screens.

Erin Kellyman is a well-known name in the U.K. The 24-year-old actress, despite her young age, has a portfolio filled with titles that ineffably showcase her immense talent and complexity as an actress. From BBC’s Les Misérables where she played the heartwrenching Epónine, to Disney Plus’s The Falcon and the Winter Soldier, the young actress has been making smart and deliberate choices throughout her career, and Abby could just be the perfect character to embody next. Much like most of the entries on this list, Kellyman’s physique is far more petite than Abby’s robust stance, however, if the character is portrayed with a threatening aura, the actress could perfectly do Abby justice.

Considering her extensive repertoire and fame among TV fans, the 29-year-old Killing Eve actress would quite possibly be one of the most inspired choices to portray Abby’s complexity. In spite of her role as an antagonist, Abby’s character is much more introspective than what meets the eye. Through her portrayal of Villanelle, Comer has shown her capability of displaying the particular brand of desperation required to play Abby, a character in constant inner turmoil who reconsiders all of her actions.

Jasmin Savoy Brown’s own portfolio might be short, but her incredibly emotive performances certainly don’t leave anything to be desired. The 28-year-old actress most recently portrayed a teenage Taissa Turner in the 2021 thriller drama series Yellowjackets. The ambitious and strong-willed character in the teen show was perfectly embodied in Brown, who had the ability to garner sympathy for a character whose original intentions were evil and self-serving. Considering her unwavering performance while playing strong-minded characters, Brown would be a perfect addition to the cast.

The Ozark star Julia Garner would also be a fantastic option for a future Abby. Her gutting performance as Ruth Langmore solidified Garner’s capability to play the ambiguous video game character. Garner’s role as Langmore also earned her three Primetime Emmy Awards for Outstanding Supporting Actress in a Drama Series, proving the 28-year-old to be more than capable of joining the cast of HBO’s latest hit show as the despicable albeit interesting Abby. While working on her last season of Ozark, Garner also took a role as a fictionalized version of Anna Delvey in Inventing Anna, showing again the New York-based actress’ multidimensionality in her craft.

One of the most obvious choices for Abby would have to be Ronda Rousey herself. The wrestler was rumored to be Abby’s body model in The Last of Us 2, and while that was later disproven, her physique makes her the ideal choice to play the role in the series. The only downside to Rousey’s portrayal of Abby is her age. Abby is a 20-year-old fighter with plenty of life left in her, in spite of all the struggles she’s had to face, and Rousey is 15 years older than the character. Although most of her background derives from professional wrestling, the California-born Rousey is also an actress, and we think she would be the ideal candidate to bring the character of Abby to life.

While it may be a bit too soon to tell, considering the success the HBO Max hit show is already having, it will undoubtedly pursue a future where the audience will finally meet Abby and her role in the most beloved video game saga of all time. Perhaps not the most popular character for many, whoever plays Abby will undoubtedly meet plenty of mixed reactions to their portrayal of this midwestern fighter.