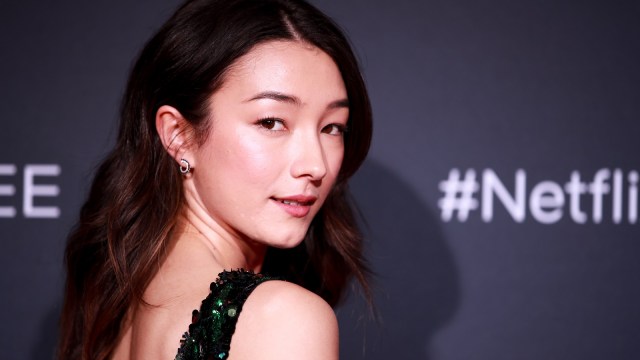 It goes without saying that the presence of Dave Filoni as one of the key cogs in the Star Wars creative machine has led to an influx of animated elements being folded into live-action canon, something that’s set to continue in a major way with Rosario Dawson’s spinoff series Ahsoka.

The title hero made her non-Ashley Eckstein debut in The Mandalorian, which doubled as a backdoor pilot of sorts, but she won’t be alone. Natasha Liu Bordizzo will face the tough task of bringing fan favorite Sabine Wren to life for the first time outside of the animated realm, with the actress revealing to The Hollywood Reporter that while her performance is inevitably indebted to Rebels, she’s putting her own stamp on the character.

“I think it was somewhere in between. It was like, “It’s obviously great if you watch the show,” but the live-action version is always going to be a completely new and fresh thing that has to find its own truth and not try to replicate what has been created, as much as we honor it and as much as we use it. It’s almost like a memory book; that’s what I feel Rebels is for me. It’s just this kind of free prep that I never even had to do as an actor because it’s all been done for me. My character’s memory is already recorded. So they encouraged it, but obviously, I did watch it because how could I not? So it’s somewhere in between.”

The 27 year-old’s star has been firmly on the rise over the last few years, and she’s hardly a stranger to streaming exclusives either after previously appearing in Netflix’s Crouching Tiger, Hidden Dragon: The Sword of Destiny, The Society, Wish Dragon, and Day Shift, along with Prime Video’s The Voyeurs, and Quibi’s Most Dangerous Game. Star Wars is a whole different animal, though, with Bordizzo naming the qualities she’s hoping to draw from her animated counterpart and bring to Ahsoka.

“Her unbelievable bravery, spirit and swag, amidst all the challenge and heartache of everything going on. I think of their crew so often in my life now because I’m like a member of a cult now. I’m a full fan every single day I go to work. Everyone’s like, “We’re all just fans going to work, making Star Wars.” It sounds so over the top for me to say what I’m about to say, but I truly mean it. In my life, when I’m facing a challenge, I just think about the general spirit of the franchise and taking on challenges with a bit of positivity, a bit of humor and then being able to move on. So it’s just been something that I have learned a lot from, as I’m playing the role itself.”

The reception to the Disney Plus shows has been inconsistent so far (with the exception of The Mandalorian), but audiences have every reason to expect Ahsoka to bring the goods when it premieres next year.