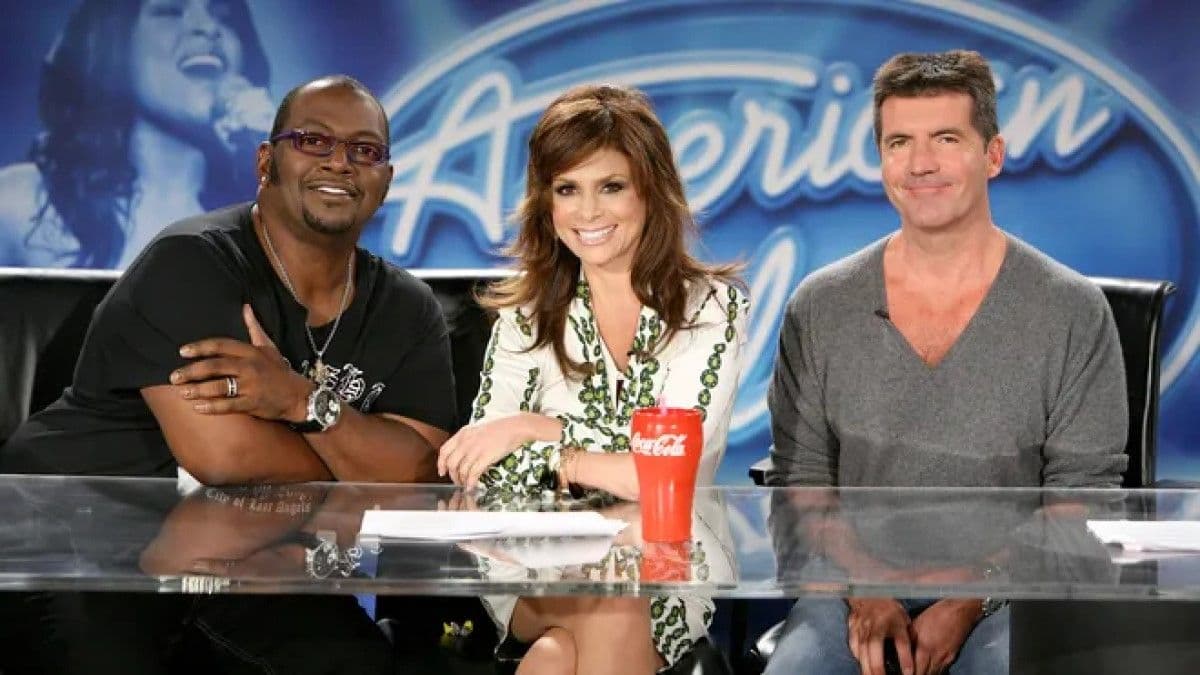 American Idol made waves when it first aired in 2002. The singing competition show was an instant success, with viewers tuning in each week to see who would be crowned the next American Idol.

Since then, there have been 20 seasons of American Idol, and each one has had its own share of memorable moments and talented winners. Here’s a look back at all the American Idol winners from each season, including what they’ve been doing since the show concluded.

Kelly Clarkson was the first American Idol winner when the show debuted in 2002. Her final song, “A Moment Like This,” was released as a single and quickly rose to the top of the charts. Clarkson went on to have a hugely successful career, releasing hit singles like “Since U Been Gone,” “My Life Would Suck Without You,” and “Stronger (What Doesn’t Kill You).” She has sold millions of albums worldwide and now has hosted her own talk show.

After his victory in the second season of American Idol, Ruben Studdard went on to have a successful career in music. His debut album, Soulful, was a huge hit, reaching number one on the Billboard 200 chart and selling millions of copies. He followed up with a few more albums, including I Need an Angel and Love Is, before embarking on a successful acting career. Studdard has appeared in several films and TV shows and has appeared regularly in American Idol as a mentor. He had his Broadway theater debut in 2018.

Fantasia Barrino was the big winner of American Idol’s third season. She wowed the judges and audiences with her powerful voice, which helped her win over voters week after week. Fantasia’s coronation song, “I Believe,” became a huge hit, and she went on to have a successful career in both music and acting. She will reprise her role as Celie in the movie musical adaptation of The Color Purple.

Carrie Underwood is one of the singers that come to mind when talking about American Idol. After all, she is the show’s fourth-season winner. She has had a successful career since then, with nine studio albums and many awards. In 2022, she won the Grammy Award for Best Roots Gospel Album and received nominations for the Country Music Association awards.

In 2006, Taylor Hicks beat out Katharine McPhee for the American Idol title. Hicks had a huge southern following and was a favorite throughout the season. He was known for his gray hair, which he called “salt and pepper.” These days, he’s still performing his best-known covers and originals. He’s also developing an album of original music, which will be his first since 2009.

In 2006, at sixteen years old, Sparks auditioned for American Idol in Seattle and sang Celine Dion’s “Because You Loved Me.” During the course of the season, Sparks was never in the bottom three and was declared the winner on May 23, 2007, becoming the youngest winner in American Idol history at seventeen years old. She beat out fellow contestant Blake Lewis with 52% of the votes. She has had multiple albums, awards, and TV appearances since then. She also appeared in Dancing with the Stars season 31 in September 2022.

David Cook was the seventh winner of American Idol. He was crowned the champion on May 21, 2008, after receiving 56% of the votes against runner-up David Archuleta. His original arrangements for songs such as “Always Be My Baby,” “Happy Together,” and “I Don’t Want to Miss a Thing” made him a favorite among the judges and viewers alike. Cook’s post-Idol success has been steady. He debuted at number two on the Billboard 200 with his self-titled album. He has released more albums, including a greatest hits album and a Christmas album. He has toured extensively, both as a headliner and as part of various music festivals.

The winner of the eighth season of American Idol was Kris Allen, a native of Conway, Arkansas. After winning his ticket to Hollywood in the preliminary rounds, Allen quickly became a fan favorite with his down-to-earth personality and soulful voice. He was often praised by the judges for his unique takes on popular songs, which helped him stand out from the rest of the competition. He was a special guest for American Idol Live! Tour in 2018 and released his album, 10, in 2019.

Lee DeWyze was the winner of Season 9 of American Idol. He beat out runner-up Crystal Bowersox in the finale, which was one of the most-watched episodes in the show’s history. DeWyze’s first single, “Beautiful Day,” was released immediately after his win and debuted at No. 1 on the iTunes Store. His debut album, Live it Up, was released in November 2010 and debuted at No. 8 on the Billboard 200 chart. He continues to perform for fans and has tours lined up for 2023.

Scotty McCreery was crowned the winner of American Idol season 10. The 17-year-old country singer from Garner, North Carolina won America’s vote with his down-home charm and soulful voice. Scotty is the youngest male winner in American Idol history. After the show, he released a few albums. His most recent was in 2021, titled Same Truck.

Phillip Phillips was the season 11 winner of American Idol. He is a singer and songwriter from Georgia. His coronation song, “Home,” was released as a single and became a major hit. He has released three albums, The World from the Side of the Moon, Behind the Light, and Collateral. He returned to American Idol in 2020 and 2022, which was the celebration of the show’s 20th anniversary.

Candice Glover was crowned the winner of American Idol season 12 on May 16, 2013. The 23-year-old from South Carolina beat out runner-up Kree Harrison to become the first female winner since Jordin Sparks in 2007. Glover wowed the judges and viewers week after week with her powerful voice and soulful renditions of songs like “I (Who Have Nothing),” “Signed, Sealed, Delivered I’m Yours,” and “Love Song.” She has been touring the country since her win.

Caleb Johnson was the season 13 winner of American Idol. He is a rock singer from Asheville, North Carolina. After winning American Idol, Caleb released his debut album Testify in 2014. The album peaked at number three on the US Billboard 200 chart. In 2021, he released another album, titled Mountain Mojo Vol. 1.

Nick Fradiani won the fourteenth season of American Idol. He is from Guilford, Connecticut. He was the lead singer of the band Beach Avenue before auditioning for American Idol. His coronation song was “Beautiful Life.” He released his first album, Hurricane, in 2016 and has since performed at various events and festivals.

Trent Harmon won the final season of American Idol in 2016. He beat out La’Porsha Renae in the final round. Harmon’s victory was a bit of a surprise, as he had been trailing in the voting throughout most of the season. However, he pulled ahead in the final weeks and ultimately took home the title.

Since winning American Idol, Trent Harmon has released his debut album, You Got ‘Em All. The album peaked at number one on the country charts and number three on the overall Billboard 200 chart. He has also released a few singles, including “There’s a Girl” and “You Got Em All.” Trent Harmon is currently signed to Big Machine Records.

Maddie Poppe was the first winner of American Idol’s revival era, and she did so in style. The then-19-year-old from Iowa won over the judges and viewers with her soulful voice and down-to-earth personality, culminating in a victory over fellow finalist Caleb Lee Hutchinson. Poppe’s debut album, Whirlwind, was released in December 2018 and featured the lead single “Made You Miss.” In 2022, she released a few singles, including “One That Got Away” and “Peace of Mind.”

The most recent season of American Idol ended in May 2019 with Laine Hardy being crowned the winner. Hardy isn’t your typical Idol winner – he actually auditioned for the show back in 2018 but was cut during Hollywood Week. He decided to give it another shot the next year and it paid off. He released one album, Here’s To Anyone, in 2021.

Samantha Diaz, also known as Just Sam, won American Idol season 18. She was a huge underdog coming into the competition but wowed the judges and America with her powerful voice and inspiring story. After winning in 2020, she released two singles in 2021. She was hospitalized in 2022 but has since recovered from an undisclosed illness.

Chayce Beckham won season 19 of American Idol, beating runner-up Willie Spence. He performed his original song, “23,” which garnered the judges’ and viewers’ votes. He was the first winner to win with an original song. These days, he’s busy preparing for tours lined up from 2023 until 2024.

The most recent American Idol was season 20’s Noah Thompson. He was encouraged by his work buddy to audition for the singing competition, which catapulted this Kentucky-bred construction worker to a nationally-renowned singer. He is working on his first album.

American Idol season 21 is slated for a winter 2023 release. It will be the show’s sixth season on ABC. Ryan Seacrest will continue to host American Idol. Luke Bryan, Katy Perry, and Lionel Richie will also be returning as judges for the sixth time.