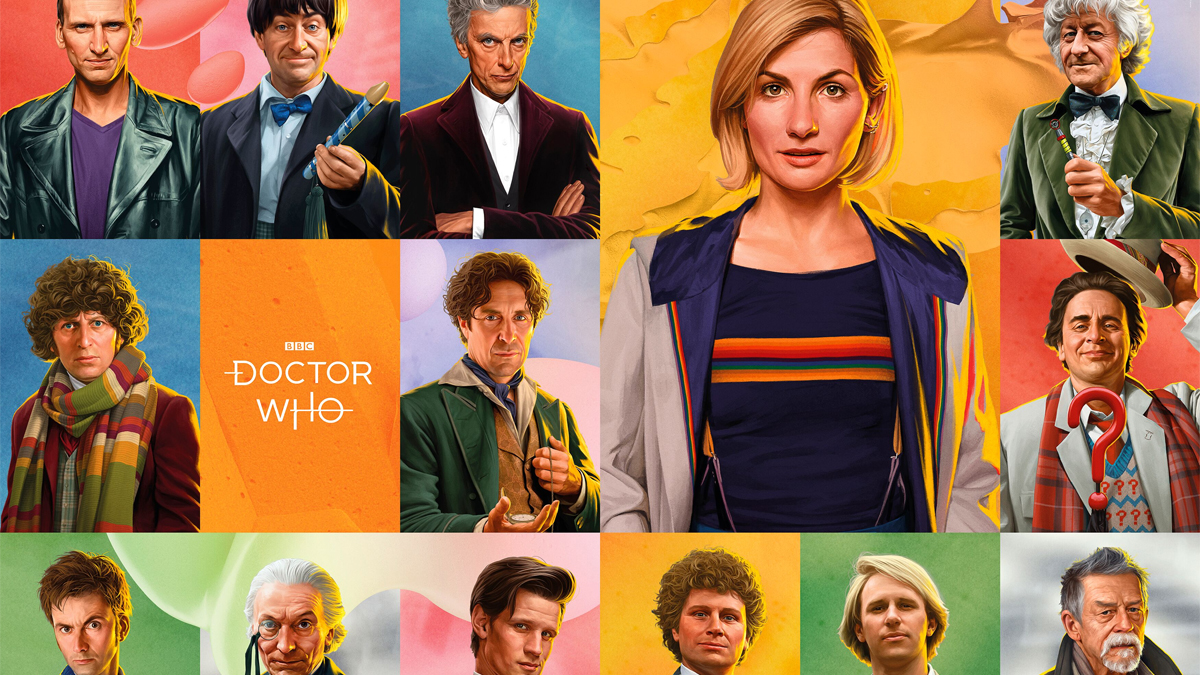 Doctor Who is about to regenerate itself all over again as Jodie Whittaker is set to walk away from the TARDIS this fall, after starring as the Thirteenth Doctor for three seasons spread over five years. And when the immortal sci-fi series returns in 2023, with its milestone 60th anniversary year, the sonic screwdriver will be wielded by Ncuti Gatwa, officially cast as the Fourteenth Doctor earlier this May.

Ahead of both Whittaker’s exit and the Sex Education vet’s debut in the blue box, then, let’s take the time and space to rank every previous incarnation of the Last of the Time Lords.

Ever since the weird and wonderful series kicked off in November 1963, the Doctor has changed their face many times, but each version of the time-traveling hero has brought something special and unique to the part. Every one of them is someone’s favorite, so this list is bound to ruffle some feathers. However, rest assured that this ranking has been carefully chosen based on performance, characterization, and impact on the Whoniverse.

Note: This list is only counting those actors who have served in the lead role, so guest starring Doctors such as John Hurt and Jo Martin are not featured.

To be clear, Paul McGann was wonderfully cast in the role and his luminescent turn as the Eighth Doctor is easily the best part of the poorly pitched 1996 TV movie. But someone had to bring up the rear of this ranking and so that responsibility sadly falls on McGann, purely due to his limited screentime.

It’s the firm belief of this fan that the role of the Doctor has never been miscast and any problems with a particular version’s portrayal are purely the fault of the writers. That’s the case with Sixth Doctor Colin Baker, who brought a brilliant larger-than-life quality to the part but was let down by poor scripts.

Revisiting William Hartnell’s First Doctor 60 years later is a strange experience as the character is so different from the Time Lord we know today. And yet Hartnell, like a blustering yet mischievous grandfather, is delightful and deserves infinitely more credit for originating the immortal hero.

Sylvester McCoy’s Seventh Doctor is a fascinating character of two halves. For his first season, he’s a twinkly-eyed clown but thereafter he becomes a gloomy master manipulator with an intriguing dark streak. It’s a tragedy the classic series was cancelled before his arc reached its conclusion.

Taking up after Tom Baker was a near-impossible task, but Peter Davison managed it. In direct contrast with his predecessor, the Fifth Doctor is younger and less-assured, a kind, intelligent man adrift in a dark and brutal universe. Similar to Baker, though, his commitment is betrayed by some weaker writing.

You can actually draw many similarities between Davison and Jodie Whittaker’s Thirteenth Doctor. Like Five, she’s also a hero with a big heart (or two) but not the most assured or confident in herself. Whittaker has given the part her all but inconsistent characterization keeps her further down the list.

As so many of his episodes are missing from the archives, Patrick Troughton isn’t the first classic Doctor that fans revisit, which is a great shame as the Second Doctor is really the one that cements the character as we know him today — a clownish yet ingenuous crusader determined to fight evil wherever he finds it.

Christopher Eccleston was the first person to lead the series once it was revived in 2005. Stripping away the character’s quirkiness, the Ninth Doctor is a battle-scarred survivor haunted by his experiences in the Time War. Across just 13 episodes, Eccleston breathes life into the most unique of Doctors.

Speaking of unique Doctors, Jon Pertwee’s incarnation spends much of his era on Earth, aiding the military organization U.N.I.T. in extraterrestrial cases. With his love for gadgets and vehicles, Number Three is the most James Bondian of Doctors, and yet he’s also the most moralistic and philosophical.

Before David Tennant came along, Tom Baker was the definite Doctor Who, from his curly hair and big grin to his overlong multi-colored scarf. Despite his mercurial moods — he can be goofy one moment and solemn the next — the Fourth Doctor feels like the one you’d most trust to save you from an alien invasion.

For whatever reason, the Twelfth Doctor’s era didn’t seem to strike the same chord with wider audiences as previous eras of the show — and that’s a tragedy as Peter Capaldi delivers one of the finest and most complex portrayals of the character in the show’s history. If this ranking was based solely on eyebrows, he would come top.

What else can be said about David Tennant’s phenomenally popular Tenth Doctor that hasn’t been highlighted before? People tend to remember Ten as a dashing romantic, but actually, the best thing about him is that he’s so flawed and human, oftentimes showing the tendency to be arrogant, selfish, or even vengeful. His relatability is the reason so many fans connect with him.

Every Doctor highlights a different aspect of the character, but they’re arguably all on display in Matt Smith’s tremendous performance as the Eleventh Doctor, who is somehow an ancient professor and an overgrown man-child at the same time. Smith’s lack of fame when he landed the gig allowed him to totally embody the character. With Ncuti Gatwa in a similar position as No. 14, here’s hoping we’re in for another Matt Smith-level turn from the Sex Education star.