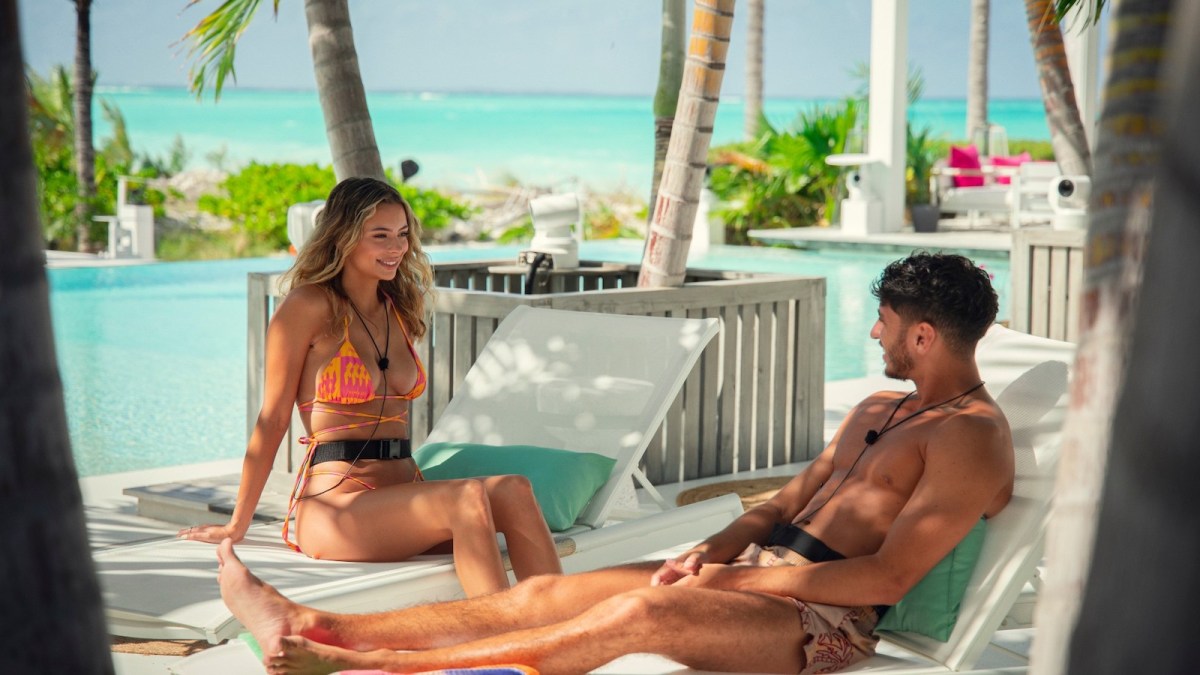 On Too Hot to Handle, couples who are starting to gain feelings for each other aren’t allowed to show any physical intimacy. If they break the rules and share a kiss (or do something even edgier), it will cost the entire group thousands of dollars. Too Hot to Handle gives young adults who prefer casual hookup culture a chance to form meaningful connections and build relationships with people for the first time in their lives.

The cast members on this show are accustomed to one-night stands and regrettable behavior. Learning how to hold back and not give in to their urges is one of the more entertaining aspects of this hit reality series on Netflix. In season one, some of the cast members deliberately got intimate in order to anger other people in their group.

Brittan and James are the only couple from Too Hot to Handle who chose to follow all of the rules from beginning to end. James is the reason it was so easy for them to stay in line because he refused to be affectionate with her, despite her wishes.

James was so concerned about not wasting any money out of the prize fund that he started neglecting Brittan. He realized that he made a huge mistake when she turned her interest to Ethan. James swooped back in to win Brittan over and started rebuilding his relationship with her.

Their relationship blossomed to such a great place that they were granted green lights on their bracelets. When this happened, Brittan jumped up from her seat, ran around the table, and planted a kiss on James’ lips. Right before their kiss, she asked him if there was a chance that they might have a real relationship upon returning to their hometown in Hawaii.

He agreed, and that’s likely why they were granted their green lights. The fact that Brittan didn’t take things too far with Ethan is another reason why she and James were able to get back together. She was able to read right through Ethan’s smooth talk compared to James’ authenticity.

The relationship between Kayla and Seb was one of the more hot and heavy unions of season four. The pair didn’t start off very strong because they both showed interest in other people before realizing that they should turn their interest to each other.

As soon as they started talking, they quickly hit it off and realized there might be a real connection there. Kayla and Seb were the biggest rule-breakers to come from season four because they ended up going all the way, which resulted in losing $50,000. They snuck off to the communal showers for some frisky time and stopped worrying about the prize fund for a few moments.

Along with their steamy shower, they also kissed each other on other occasions, costing the group more money as time went on during their summer. In the end, they realized that their feelings for each other were actually genuine. Seb took it as far as to ask Kayla to be his girlfriend during their final private date.

Although Kayla had some anxiety about the fact that they live in so far away from each other, she still knew she wanted to say yes to his offer. As soon as Kayla officially agreed to be Seb’s girlfriend, they got their green lights and were able to kiss each other without any repercussions.

It was a blissful and exciting moment for the couple. She squealed and leaped up to share a kiss with him in the middle of the boat they were sitting in. Kayla and Seb came a very long way because, at one point in time, they were forced to go into the private couples’ suite to test their chastity. They had to prove that they wouldn’t break any more rules inside one of the most tempting places ever. Somehow, they were able to overcome temptation.

Jawahir’s relationship with Nick was one of the most interesting relationships from season four. At first, she needed to let Nick grow on her because she wasn’t initially attracted to him. He spent a lot of time meditating and practicing Law of Attraction methods while focusing on creating the best possible outcome for his romantic future.

When all was said and done, he knew that the woman he wanted to be with was Jawahir. Just like Kayla and Seb, Nick and Jawahir broke tons of rules along the way. Nick and Jawahir were forced to spend the night in the couples’ suite as well in order to prove that they were willing to make a change and start correcting their lustful behavior.

After coming out of a couple’s suite the morning after, it was revealed that they didn’t break any of the rules. At first, they weren’t gifted green bracelets because of their blatant disregard for the rules of the island. After making it through the night in the couples’ suite without getting physical, they finally got to wear green bracelets for the first time.

After sharing a heartfelt conversation with each other toward the end of season four, they were granted the greenlight and given the chance to kiss each other without costing the group any money, unlike their earlier smooches. It was an incredibly sweet and heartfelt moment for the couple.