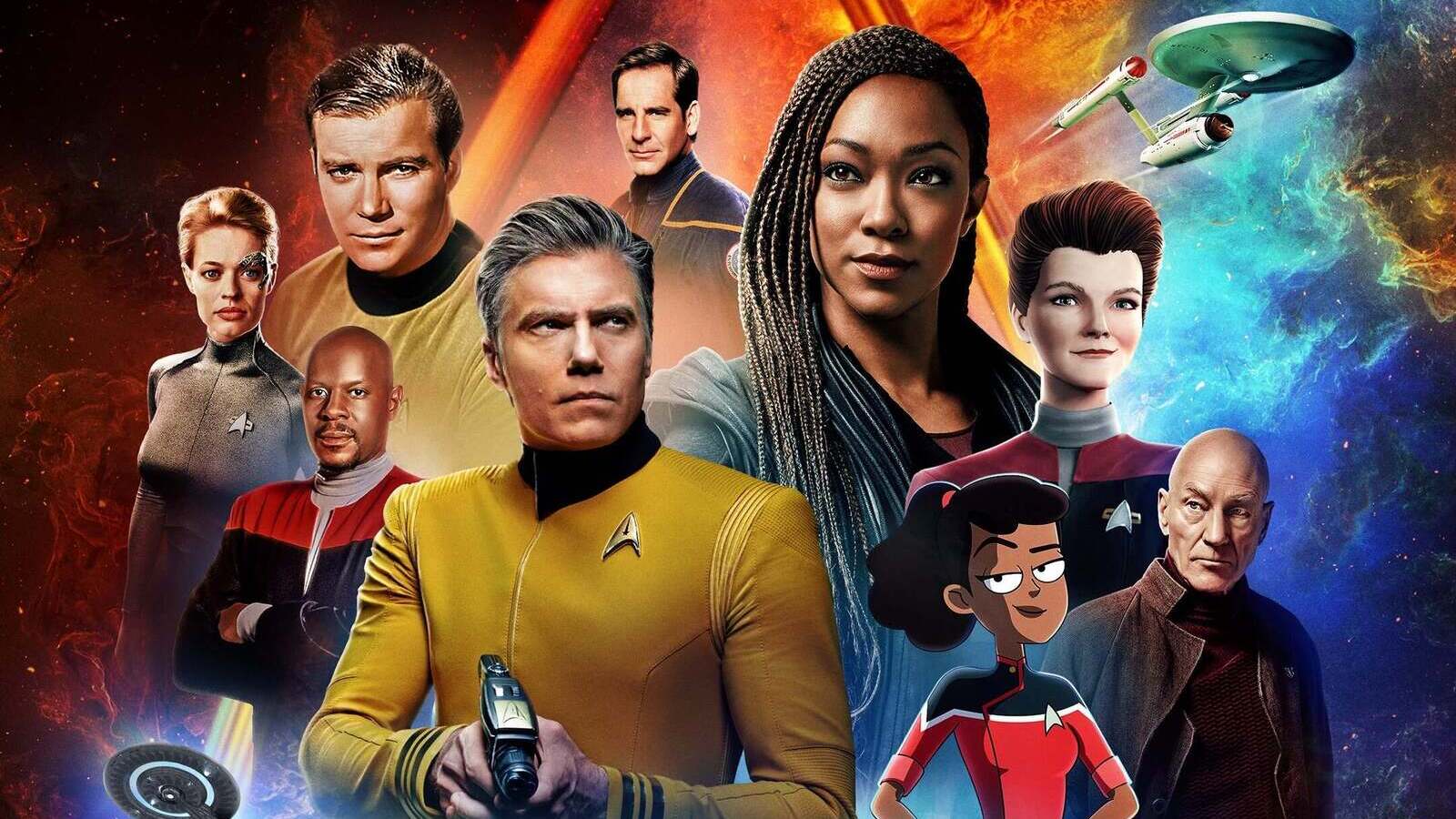 For 55 years now, Star Trek has been boldly going where no other sci-fi franchise has gone before. While there are other long-running titles in the genre, like Doctor Who, Trek is easily the most wide-ranging thanks to its endless procession of shows, each of which features a different captain and crew and sometimes takes place at different points in the timeline.

If someone says they don’t like Star Trek, the truth is they haven’t given it a fair shot as the variety of series under the saga’s umbrella encompass all tastes. From the ’60s style of The Original Series to the throwback thrills of the currently airing Strange New Worlds, there’s a Trek show for everyone. But if you have to rank them all against each other, which ones logically come at the top and which ones incur fans’ wrath?

Every Trek fan has their own personal ranking of the 12 series that make up the Trek small-screen universe to date, so some of the following placements might be a little controversial to some. But just know that careful consideration has gone into each rung on the list, based on overall quality, cultural impact, and reputation in the fandom. On that note, there’s only thing left to say: Engage.

The original, and simply titled, Star Trek animated series deserves credit for being the very first spinoff of TOS, plus it actually features (most of) the OG cast reprising their roles. Not to mention that its medium really allowed for the show to expand its scope and imagination beyond what live-action was capable of at the time. But one series had to round out the bottom of this ranking and that unfortunate honor goes to TAS. There are just many stronger examples of what Trek can offer elsewhere.

Much like TAS, Short Treks only falls so low on this list due to its slight nature. An anthology Trek series is a terrific idea, but it sadly seems like Paramount Plus has ditched the show after just two seasons’ worth of episodes. At least it delivered a few standouts installments during its truncated run, including “Calypso,” a standalone tale set in the far-future, and “Q&A,” essentially a Strange New Worlds prequel depicting Spock’s first day aboard the Enterprise.

It’s great that Star Trek is embracing animation is such a big way right now, and Prodigy has a lot going for it, not least the inclusion of Kate Mulgrew’s Janeway and the fresh tone that makes it eminently accessible to young viewers and other Trek newbies. Like a lot of the franchise’s shows, though, after only one season Prodigy is still evolving — at present, it almost feels more like Star Wars than Trek — and has yet to truly come into its own.

Oh, Enterprise. From its totally out-of-place theme tune to that disappointing series finale, Enterprise continually dropped the ball across its five seasons, leaving it a frustrating watch at the time and now. But, in its defense, Scott Bakula is a great addition to the lineage of Trek captains as Jonathan Archer and seasons three and four were a massive improvement on what came before. For a while there, Enterprise carried the burden of killing off Trek on TV, but thankfully that curse was eventually lifted by …

Discovery could not be a more appropriate name for the first Trek series of the contemporary era as the show has continually been on a journey of self-discovery over its four seasons to date. Season one is infamous for its misguided attempts to be darker and edgier, while season two saw the spotlight stolen by some reintroduced familiar faces. The gearshift to 1,000 years into the future for season three really paid off, however, and the show has been on surer footing ever since.

The idea that A) Patrick Stewart would return to Trek and B) that the resulting series would be only so-so would’ve sounded impossible not so long ago, and yet here we are. Despite the legendary status Picard carries, his self-titled series far too often slips into mediocrity and mires itself in dull plotlines. And yet it can’t be denied that whenever Picard pulls some Next Gen nostalgia out of its hat, it hits the spot. Fingers crossed the cameo-filled third and final season will allow Jean-Luc to bow out on a high.

Here’s another twist that no one could’ve predicted: that Lower Decks, the irreverent, adult-skewing animated series, would turn out to be a more fulfilling and loving recreation of what made ’90s Trek so great than Picard. Fans initially worried that LD would be an in-canon parody of the franchise but it’s actually an affectionate, spirited ode to all things Trek that is stuffed with references and deep-cut jokes for hardcore Trekkies to appreciate.

For years, Voyager was often seen as the least-favorite child of ’90s Trek, only just north of Enterprise in the rankings. Thankfully, however, it’s undergone something of a reappraisal in recent years, probably helped by the return of both Mulgrew and Jeri Ryan to the fold. And Janeway and Seven of Nine, with their gender-flipped Kirk/Spock-like dynamic, are perhaps the top two reasons VOY deserves your love, even if it arguably never managed to entirely step out of TNG‘s shadow.

Deep Space Nine might not have the cultural cache of either TOS or TNG, but there many Trek fans out there who would argue that it’s the best Trek has to offer. And it’s easy to see why. With its space station setting, DS9 was a bold shake-up of the saga’s status quo, and as it went on, it got more and more ambitious with its heady themes and serialized story arcs. We’re tragically still waiting on Avery Brooks to return as Captain Sisko in modern Trek.

Wait, Strange New Worlds is in third place after just one season? I know, I’m as surprised as you. Coming off the back of Discovery season two, SNW takes us back to before TOS happened — and in doing so offers a perfect blend of old-fashioned episodic storytelling and classic Trek tropes but with a modern sense of diversity and character depth. And Anson Mount’s unflappable Christopher Pike is right up there with Kirk and Picard. Assuming the quality keeps up, SNW should go down as one of the finest pieces of Trek media.

Where would we be without the show that started it all? Yes, many elements about TOS — from its unfortunate moments of sexism and racism — have dated over the decades, but so much else about it has stood the test of time, from its utopian ideals and evergreen social and political commentary to the unbeatable trio of Kirk, Spock, and Bones. TOS isn’t just the blueprint upon which every subsequent series is based but the original masterpiece that has never been bettered. Well, almost never …

While The Original Series and its spinoff movies came before it, The Next Generation is arguably the production that really cemented Trek as an evolving, unending universe, and for that it deserves its status as the finest show in the franchise. Once you get past its spotty first season, TNG consistently delivered some of the best sci-fi television around, starring one of the best ensemble casts in the medium, too. Every Trek show that’s arrived since is measured by how favorably (or not) it compares to Next Gen, and that’s unlikely to change anytime soon.