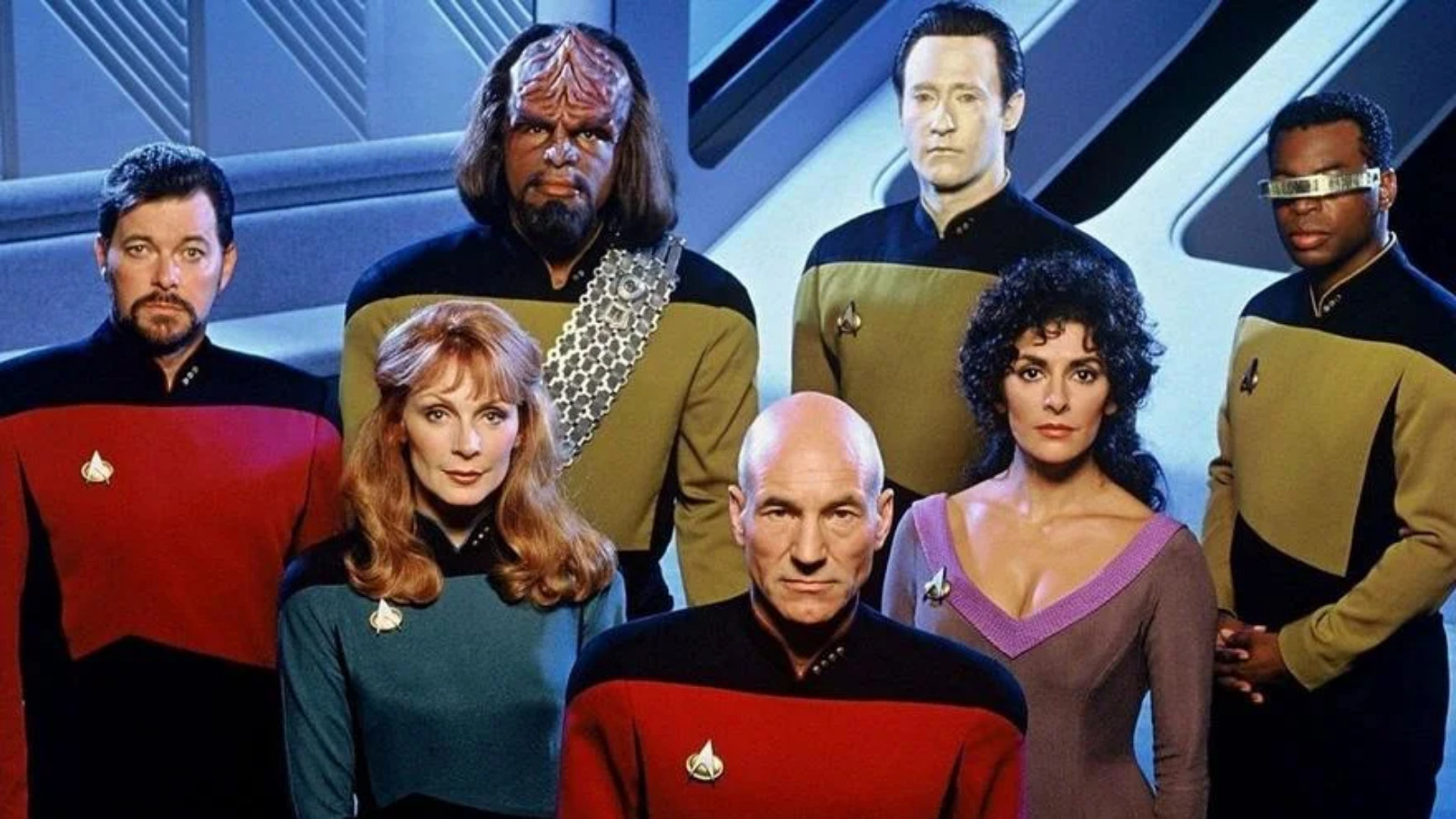 The cast announcement video for Picard season 3 begins with Jean-Luc Picard (Patrick Stewart) writing a letter as voiceovers from the aforementioned cast plays. Picard opens a case with his classic Starfleet uniform and communicator, a device used frequently on TNG to contact his crew when he was Captain of the USS Enterprise. He looks at the symbol wistfully, then Will Riker appears onscreen and says, “Are you ready?” Picard answers, “As ever.”

From Star Trek, the first to return will of course be Stewart as Picard himself. The series first launched on Paramount Plus in Jan. 2020, and finds an older Picard spending his golden years post-TNG in Château Picard, seemingly far away from his adventures in space. He’s plagued by memories of Mars and the thousands of deaths caused by a Romulan star that went supernova. Rogue synthetics took the defense shield down surrounding the planet and chaos ensued. After that, Picard resigns from Starfleet, but learning of a female android named Dhaj Asha pulls him back into a mystery connected to Data, prompting him to put together a new group of space explorers.

William T. Riker served as Picard’s first officer aboard the USS Enterprise-D and USS Enterprise-E. He was known for being a ladies’ man and broke the rules when he deemed it necessary. He’s been Picard’s trustworthy officer and friend throughout their many missions, and he had a romance with Deanna Troi. Riker appeared in Picard season one living in retirement on the planet Nepenthe with Troi and their daughter Kestra. He was last seen in the finale where he returns to active duty, taking command of the USS Zheng to fight against the Romulans.

Geordi La Forge was the helmsman of the USS Enterprise-D in season 1 of TNG, became Lieutenant and Chief Engineer in season 3, and rose to the rank of Lieutenant Commander. He’s blind and relies on a visor that scans the electromagnetic spectrum to provide him with sight. He’s known for his friendship with the android Data (making for some humorous and enlightening conversations) and had to sadly sacrifice him in Nemesis.  In the comic Star Trek: Picard Countdown, Geordi helped build the Romulan rescue fleet that was destroyed prior to Picard. It’s unclear what he’s been up to since then.

Deanna Troi was the counselor aboard the USS Enterprise-D who always knew just what to say to help her crew understand the problem at hand. She was half-human and half-Betazoid with the empathic ability to sense others’ emotions. Later, she became a Lieutenant Commander who continued to counsel with her telepathic powers. Troi married Riker, and she left with him when he got promoted to the USS Titan. In Nemesis, she used the Enterprise to crash into Reman Praetor Shinzon’s (Picard’s evil clone played by Tom Hardy) warbird that incidentally killed Data as well. In Picard, she’s on the planet Nepenthe with Riker and offered Picard guidance into his own heart like in the old times.

Worf was the USS Enterprise-D’s relief flight control and flight tactical officer who becomes the Acting Chief of Security. He’s a Klingon and the species is known for being a warrior race, but being raised by humans instilled in him a strong sense of honor and thoughtfulness — though his strength and endurance are well above average. After his time on the Enterprise, Worf advises Captain Sisko in Deep Space 9, then joins the Klingon Empire as the Federation’s ambassador. In Nemesis, Worf, Picard, and Data go to the planet Kolarus III and discover the android B-4 who resembles Data, and they leave the planet with him. His current whereabouts are unclear, but in an interview with ComicBook, Dorn stated that he wouldn’t reprise his role for just a cameo.

Dr. Beverly Crusher was the chief medical officer aboard the USS Enterprise-D and USS Enterprise-E. She joined with her son Wesley Crusher (Wil Wheaton), and Picard wasn’t immediately certain of her, but she soon proved herself with her demeanor and exquisite medical abilities. Beverly was often very pragmatic and objective in her approach due to her oath to preserve all life forms. In Nemesis, she conducted an examination on the android B-4 and Praetor Shinzon’s DNA.

Data is every Trekkie’s favorite android. He was the second officer and chief of operations officer aboard the USS Enterprise-D and the USS Enterprise-E. Data’s a synthetic life-form with artificial intelligence with a positronic brain that gives him immense computational abilities and has solved numerous problems with his evolved processes. He had a meaningful friendship with Geordi, and throughout the series he attempted to learn what it meant to be human. Data created art and mimicked the emotional responses of his fellow crew. In Nemesis, Data saved Picard from the Thalaron generator explosion and died — but his story didn’t end there. Data appeared in Picard season one in Picard’s dreams and inside a massively complex quantum simulation. Picard briefly died and the android got to say his ultimate farewell before Picard returned to the living. With Data’s most recent death, it will be interesting to see what Brent Spiner’s role will be in season three.