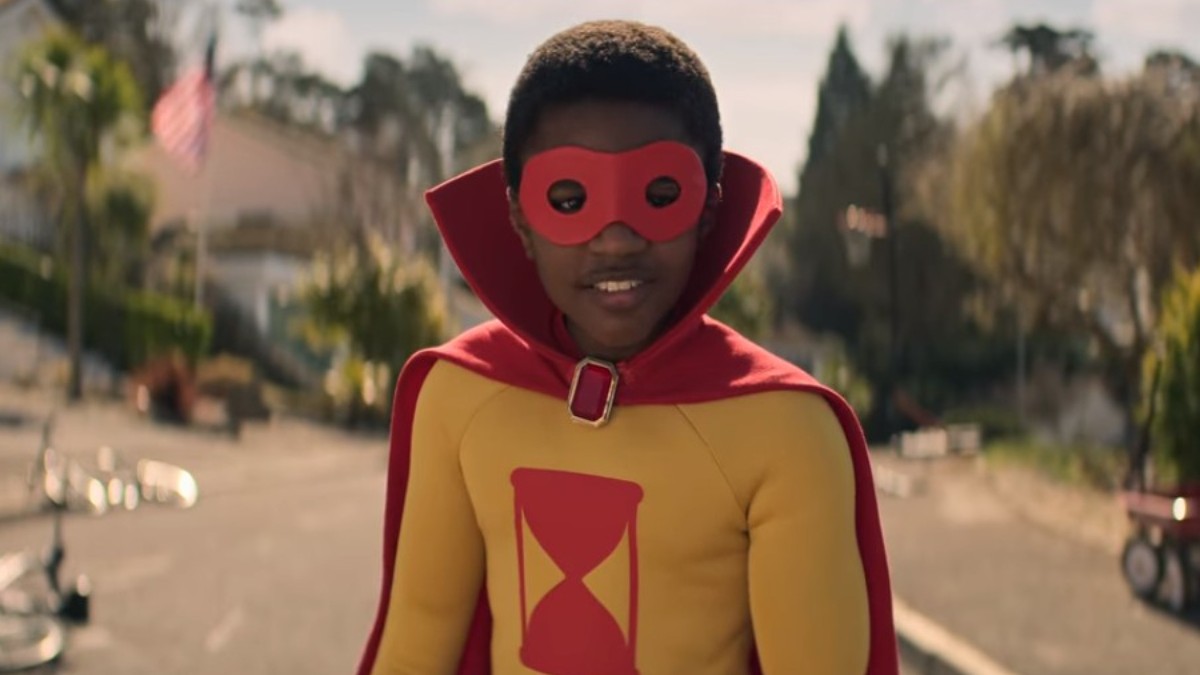 Warning: This article contains major spoilers for the first season of Netflix’s The Sandman

The Sandman appears to be a bonafide hit for Netflix, hitting the number one most-watched spot and even earning a certified fresh rating of reviews aggregator site Rotten Tomatoes. The series is no doubt creating millions of new fans, but many old school fans, who have read the original series — published from 1989 to 1996 — are praising the show’s faithful adaptation of the original material as well.

Author Neil Gaiman has stated that he has spent the last thirty years fending off sub-par adaptations of the work. which many consider to be his magnum opus and is one of the greatest comic book series of all time. In acting as the series showrunner, Gaiman was able to ensure his original vision would make it to the screen intact, but even he admits the series isn’t a complete recreation of the comics, for a variety of reasons.

Here are some of the biggest differences between the original comic book run of The Sandman and the new series, now streaming on Netflix.

Although The Sandman was originally published under DC Comics’ mature readers’ imprint, Vertigo, the first few issues were firmly set in the DC continuity of the time. While the series later maintained more of a standalone existence in the DC Universe, “Preludes and Nocturnes,” the first volume of stories and the basis for the first half of the series featured several appearances by DC superheroes. Most notable were Scott Free aka Mister Miracle and The Martian Manhunter, J’on J’onzz, both members of the 1989 era Justice League International, who aid Dream in tracking down his Ruby, which was being stored in a Justice League warehouse.

A significant difference between the Netflix Sandman and the comics is the setting. Gaiman set his original comics contemporaneously, meaning the original story occurred in the late 1980s and 90s. Rather than make the series into a period piece (and no doubt going severely over budget), the show is set in the current era, meaning we get a lot of technology that simply wasn’t around in 1989. A significant change was that Dream missed his once-a-century meeting with Hob Gadling in the series, whereas he escaped his imprisonment in the Burgesses basement just in time to make his 1989 meeting in the comics.

Roderick Burgess’s motivations in the series have at least a tinge of virtue. He’s seeking to imprison Death in order to bring back his first and favorite son, Randall, who died in World War I’s Gallipoli campaign. The comic book version of Roderick is, quite frankly, just a wicked man, motivated by a love of power and wealth and seeking a path to immortality by attempting to capture Death. He dies a natural death in the comics, bitter and twisted by his failure to gain anything from his prisoner.

Another minor difference is that in the series, Dream punishes Alex with a curse called the Gift of Eternal Sleep, but in the comics, he is condemned to the punishment of “Eternal Waking,” constantly “waking” from a nightmare only to quickly find that he is in another one, over and over again, for eternity.

Although The Corinthian is certainly a terrifying figure in the source material, his status has increased immensely in the series, where he is undoubtedly the major antagonist of the first season. Whereas the series version of the character crosses the paths of many of the principal players, in the first volume of the comic books, he doesn’t appear at all, nor does he escape the dreaming prior to Dream’s imprisonment. Instead, he is merely an errant nightmare that Dream deals with fairly easily.

The series version of The Dreaming, Dream’s kingdom, is fairly faithful to the books, right down to the appearances of the House of Mystery and the House of Secrets. However, one major difference has online fans demanding #JusticeForGregory. In the books, Dream is discovered by Gregory the Gargoyle, who then delivers him to Cain and Abel. Once there, he absorbs their letters of commission that he had created centuries before, giving him the energy needed to continue his quest to recover his tools. The series version of this is far more traumatizing. Dream is found by his servant Lucienne in the series, and rather than absorbing Cain and Abel’s letters, he instead absorbs their friend Gregory.

Perhaps with the intentions of further setting The Sandman apart from its DC comics origins, Gaiman elected to reimagine the magician/exorcist John Constantine as Johanna Constantine, a name the character shares with her 18th-century ancestor (who appears in the Hob Gadling sequence and is also played by Jenna Coleman). Gaiman also added two new sequences in the new series to expand on her character. The first, a dream sequence, which depicts Johanna attempting and failing to rescue a child from a demon, is taken straight from a story in the Hellblazer comics by Jamie Delano. The second, shows Johanna exorcizing a demon (much to Dream’s frustration) and is wholly original to the series.

While Dream’s mission into Hell to recover his helm will definitely ring familiar to longtime readers of the comics, there are some fairly overt changes. The absence of the Demon Etrigan, who originally guided Dream to Lucifer’s fortress is notable. The character, created by comic book legend Jack Kirby, is a DC comics hero of sorts and was no doubt excised along with the other superhero appearances from the first volume of the comics. Another notable difference is the governance of hell. In the books, Hell is ruled by a triumvirate of Lucifer, Azazel (who we do encounter at the very end of season one), and Beelzebub. The series has Lucifer as the solitary lord over all of Hell.

Perhaps the most notable difference of all is the fact that Dream must contend with Lucifer themself as Choronzon’s champion in the Oldest Game. In the book, it’s Choronzon alone who fights with Dream — but one can understand that when Gwendoline Christie is on the payroll, it doesn’t make much sense to have her standing in the corner during the contest.

A number of differences in John Dee’s storyline derive, again, from the absence of DC Comics superheroes in the world of the series. In the source material, Dee was known as the supervillain Doctor Destiny, who fought with and was defeated by the Justice League (hence their possession of his Ruby). His body was severely affected by his use of the ruby as well, giving him almost a corpselike appearance. And while David Thewlis is looking svelte in the series, he hardly looks like a dead man.

The series also spent more time exploring Dee’s motivations than the comic (where he was portrayed as someone who simply wanted the world to burn). New additions in the series include the long conversations he has with his mother prior to her death and his obsession with “truth” which leads to the brutal events in the diner in the episode “24/7.”

Probably the biggest difference from the books in the series is the portrayal of Jed’s dream world and its inhabitants. The artificial dream world Jed inhabited in the comics did not feature Jed as a superhero, nor was it created by the nightmare Gault. In the comics, the pseudo-dreaming is created by two nightmares, Brute and Glob, essentially to have a realm where they are in control. In the world, Jed is a companion of a Superhero version of Sandman (another Jack Kirby creation Gaiman used in his original work) and his pregnant wife, Lyta Hall. This Sandman had formally been the DC superhero Silver Scarab but was now a ghost. Lyta had been the hero called Fury and had agreed to dwell in the dream world to be with her dead husband, only to find she could not give birth in this pseudo-version of the real Dreaming.

Having to abide by the “no superhero” rule meant that Gaiman had to recraft Jed’s dream world and its inhabitants. Thus, Lyta became a real-life companion to Rose Walker, and Brute and Glob were replaced by Gault, a nightmare who wishes to become a dream and uses Jed’s dreams to do so. Lyta’s husband is still a ghost, but no longer dwells in Jed’s dreams, and instead haunts those of his wife. And Jed becomes the hero of his own dreams (right down to his costume, which is nearly identical to the Jack Kirby version of The Sandman).

One of the grimmest plot devices of both the original comics and the TV series are the Cereal Convention, an expo/symposium for serial killers. Though they are both terrifying, there are some changes Gaiman made to the story, particularly regarding The Corinthian. In the series, Nimrod, Fun Land, and The Good Doctor all perform “copycat’ killings to gain The Corinthian’s attention in order to offer him the position of keynote speaker for the convention. In the comics, the character needs no such encouragement and actually calls Nimrod personally in order to attend.

Another big difference is Fun Land’s attack on Rose and Jed. In the comics, Jed has, at this point, been captured by The Corinthian and is trapped in the trunk of his car. Fun Land attacks Rose and she summons Dream by chanting the name Morpheus, which Gilbert had instructed her to do if she was in a dire emergency. This is also the first time Rose encounters Dream.