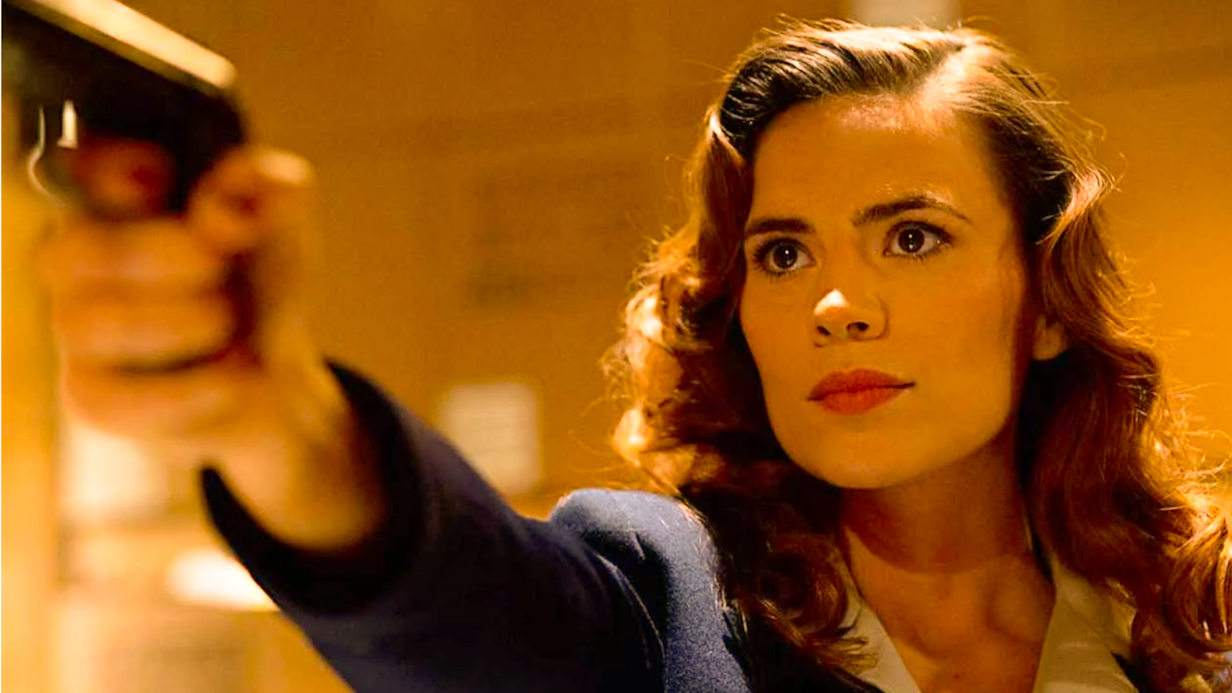 WARNING: The following article contains spoilers for Doctor Strange in the Multiverse of Madness.

Captain Carter has arrived. Hayley Atwell’s Peggy Carter was down and out after singing her swan song in Captain America: Civil War and losing out on a continuation of her solo series after ABC’s Agent Carter was canceled, but she came back swinging in Doctor Strange in the Multiverse of Madness. As none other than Captain Carter, a variant of herself from another universe, known as Earth-838. Atwell made a cameo appearance as an honorary member of the Illuminati after serving alongside the Avengers in an alternate reality. In Captain Carter’s world, Peggy is selected for the super-soldier program and receives the serum instead of Steve Rogers, allowing her to become that universe’s version of Captain America.

There are many, many variants of each Marvel character, existing in each universe outside of the canon MCU universe, known as Earth-616. For instance, Earth-616 Peggy Carter dies of old age in Civil War; her Earth-838 counterpart is killed by the Scarlet Witch and no doubt dies in countless other realities. However, ABC’s Agent Carter television series, which was canceled after two seasons, chronicles the origin story of Peggy Carter in her prime as an SSR agent serving alongside Agent Daniel Sousa.

For those who might have forgotten, Agent Carter saw Atwell’s titular character face off against Dottie Underwood — one of several Black Widows trained in the Red Room — and Whitney Frost — a deranged scientist consumed by the Darkforce (Zero Matter). When we last left Agent Carter in “Hollywood Ending,” Whitney Frost had been defeated and incarcerated, Peggy had chosen to stay in Los Angeles with Sousa, and Agent Jack Thompson had been shot in his hotel room by an unknown assailant after preparing to return to New York.

Clearly, there is a lot left to explore in Peggy Carter’s past. Not to mention, what happened to Dottie Underwood, Edwin Jarvis, and Howard Stark? These are questions left unanswered and Marvel fans were outraged to hear that the series had been discontinued.

Especially after her special appearance in Multiverse of Madness, Hayley Atwell’s Peggy Carter is being integrated, albeit slowly, into the overarching MCU storyline. What’s more, Hayley Atwell has joined Tom Cruise in the upcoming Mission: Impossible — Dead Reckoning Part One, and headlines are raving about the British-American actress. Obviously, that means ABC Studios have a prime opportunity ready for the taking. Recently, there was a rumored announcement that a Captain Carter live-action project could be in the works. For now, this remains merely speculation, but Marvel fans are bashing the idea nevertheless, insistent that Agent Carter should be be reinstated and given another season — and rightly so.

Although there were mixed opinions surrounding Hayley Atwell’s cameo appearance in Multiverse of Madness, we can all agree that it was a breath of fresh air to see Peggy Carter alive and well, if only for a brief moment. There you have it, the people have spoken. Besides, the MCU multiverse is getting so chaotic that anything is possible. What do we want? Season 3 of Agent Carter. When do we want it? Now.