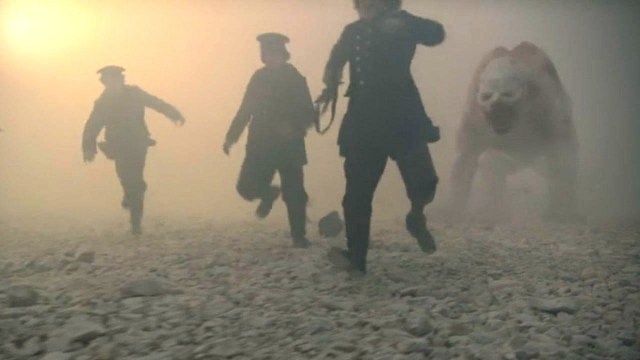 Unless your name is Mike Flanagan, Ryan Murphy or The Walking Dead, episodic horror tends to find more favor among niche audiences as opposed to the general public.

Projects like Channel Zero, Penny Dreadful, The Strain, Ghost Wars, and countless others won plenty of fans, but they didn’t seize the zeitgeist in the same fashion as the aforementioned creators’ The Haunting of Hill House or American Horror Story. As a result, the first season of The Terror has gone largely unnoticed by the masses, even though it might just be one of the best runs of television the last decade has had to offer.

Developed by regular Luca Guadagnino collaborator David Kajganich, the first 10 episodes of the supernatural anthology saw a Royal Navy ship embark upon a perilous journey through dangerous waters. With their supplies running low and the cold setting in, a malevolent menace begins to make its presence felt, even though the crew don’t need much encouragement in turning on each other as it is.

A 94 percent Rotten Tomatoes score, 88 percent user rating, and widespread praise for the performances, atmosphere, cinematography, and unrelenting sense of dread saw The Terror‘s first outing win near-universal acclaim, but it never comes up when the conversation pivots to determining the best standalone stretch of episodes to be found on any network or streaming service.

Redditors won’t stand for such an egregious oversight any longer, though, with the praise pouring in from all sides as The Terror continues to leave them awestruck. In a shocking turn of events for an internet debate that speaks volumes, not a single soul has even considered calling it overrated or claiming they don’t understand the fuss, which pretty much says it all.