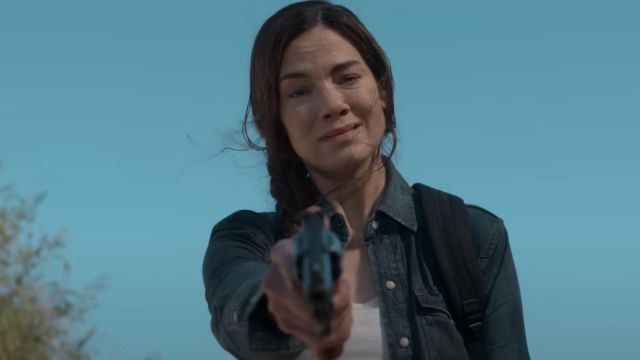 The Sandman‘s reign at the top of the Netflix charts is over, with a streaming debutant coming straight for the number one spot.

Echoes, starring Mission Impossible alum Michelle Monaghan, has become the series to upend The Sandman’s long reign on top of the charts, with the mystery series skyrocketing past the Neil Gaiman adaptation after just a week. Though it occupied the number two spot as recently as Aug. 28, it’s now well and truly ahead.

Identical twin sisters Leni and Geni (both played by Monaghan) have kept a dangerous secret since they were children, but a mysterious disappearance throws their lives into chaos. The show then takes us through the investigation into the truth of a very bizarre situation. Interestingly, though Echoes is an Australian production, it wasn’t shot down under but in Wilmington, North Carolina.

Echoes currently sits at a disappointing 28 percent on Rotten Tomatoes, but critics have at least praised Monaghan’s leading performance as the twins. However, the show steadily climbing to the top of the Netflix charts at least proves that audiences are sticking with the show throughout its seven episodes to learn the answer to the mystery.

That it can top the charts despite the negative reviews proves that not a Netflix original series doesn’t need Stranger Things or Sandman levels of critical success to succeed. How long it remains ahead of The Sandman, though, is something that chart followers will be eagerly keeping their eyes on.

Echoes is available to stream exclusively on Netflix.