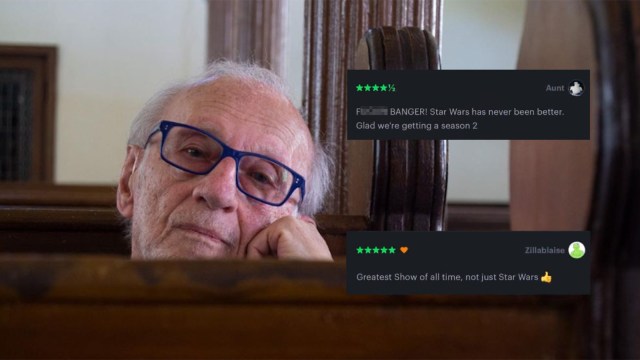 If you ever needed proof the internet and fandom was a mistake, look no further than a Holocaust survivor documentary named Andor getting spammed with reviews by Star Wars fans.

Andor, the Star Wars series, has been quite the sleeper hit for Disney Plus, with the choice to air the first three episodes at once arguably a mistake for the show, as it really started to gear up at only episode three and beyond. Since the initial drop-off in interest, it has done exceptionally well, with plenty of plaudits coming for its depiction of the rise of fascist governments and overall political commentary.

You’d think considering the said topic of covering fascism, Star Wars fans would be able to avoid using a Letterboxd page for a documentary about a survivor of an actual fascist regime as a place to review a piece of science fiction. The Brazilian-American documentary Andor follows the only living Brazilian survivor of the Holocaust — Andor Stern — but Star Wars fans on Letterboxd don’t seem to realize or, worse, care.

While some of the reviews may claim ignorance, it almost seems like they’re attempting to be edgy and funny by posting their Star Wars reviews on a grueling documentary about one of the darkest chapters in human history. For a while, the documentary’s Letterboxd page didn’t even have a full description padded out, but even then you’d surely check to make sure you’re on the right one.

Letterboxd has since come in to fix and moderate all the reviews, as we all learn Star Wars fans cannot be trusted online. Sad, but almost fitting considering there are some sections of Star Wars fans who genuinely seem to meme about how the Empire “did nothing wrong” or completely disregard the series themes.

The upside is the documentary will likely get more viewership following this debacle, which is a positive for student filmmaker Vitor Vilaverde Dias.

The Star Wars series Andor is currently available to stream in its entirety on Disney Plus.