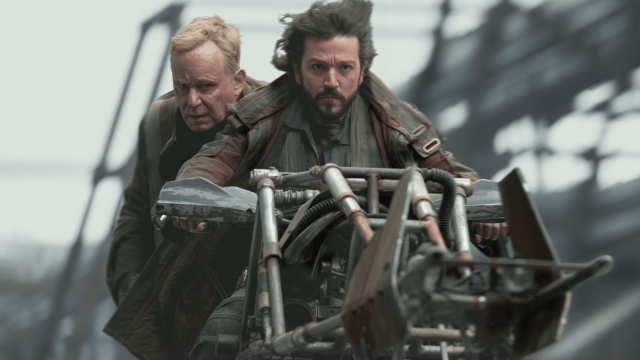 While the first time we met Cassian Andor in Rogue One was pretty universally well-received, it seems like his standalone series Andor has created another The Last Jedi-esque rift between critics and fans when it comes to the reception of Disney’s latest Star Wars TV series.

With episode six of Andor done, dusted, and sitting on a 100 percent score on Rotten Tomatoes at the time of writing, Star Wars fans on Reddit are a lot less pleased with how the tale of Cassian Andor and the early days of the rebel alliance is faring.

Take this thread started by u/Nothing-Ologist over on the r/StarWars subreddit, for instance – calling it the worst piece of Star Wars media since The Rise of Skywalker.

Granted, there isn’t much substance to the author’s argument, with many commenters asking for more detail as to why they dislike it so much, seemingly calling him out as a contrarian for the sake of contrarianism.

But there’s another thread which makes a fairly interesting observation about Andor and the state of Star Wars media more broadly.

While u/theR00bin seems to be a fan of the latest live-action addition to the Star Wars mythos, he rightly points out that the show isn’t getting quite as much attention in the media (social, or otherwise) as some previous Star Wars projects in recent history have, re-raising the subject of the oversaturation of Star Wars projects out in the wild at the moment.

The top commenter on the post, Linus_AI,  makes an astute point that Andor isn’t getting as hyped as other shows and movies for its lack of fan service and callbacks, referencing The Mandalorian’s second season going out of its way to reintroduce established characters for the sake of ‘oohs’ and ‘ahhs’ from its audience.

Andor doesn’t quite do that, rather it is more driven by the overarching theme of totalitarianism and the will to rise against it, which can be quite crushing and hopeless, particularly in its early stages. As u/Linus_AI points out, when it comes to TV, the internet goes nuts over ‘look at the shiny!’, rather than dissecting complex political and social issues.

Its lack of popularity on the internet at the moment could also simply boil down to oversaturation in other popular areas of the TV at the moment, what with House of the Dragon, The Rings of Power, and She-Hulk all running simultaneously.

Regardless of one’s thoughts on Andor, it’s barely reached its halfway point, as season one will comprise fourteen episodes, the first six of which are currently streaming on Disney Plus.