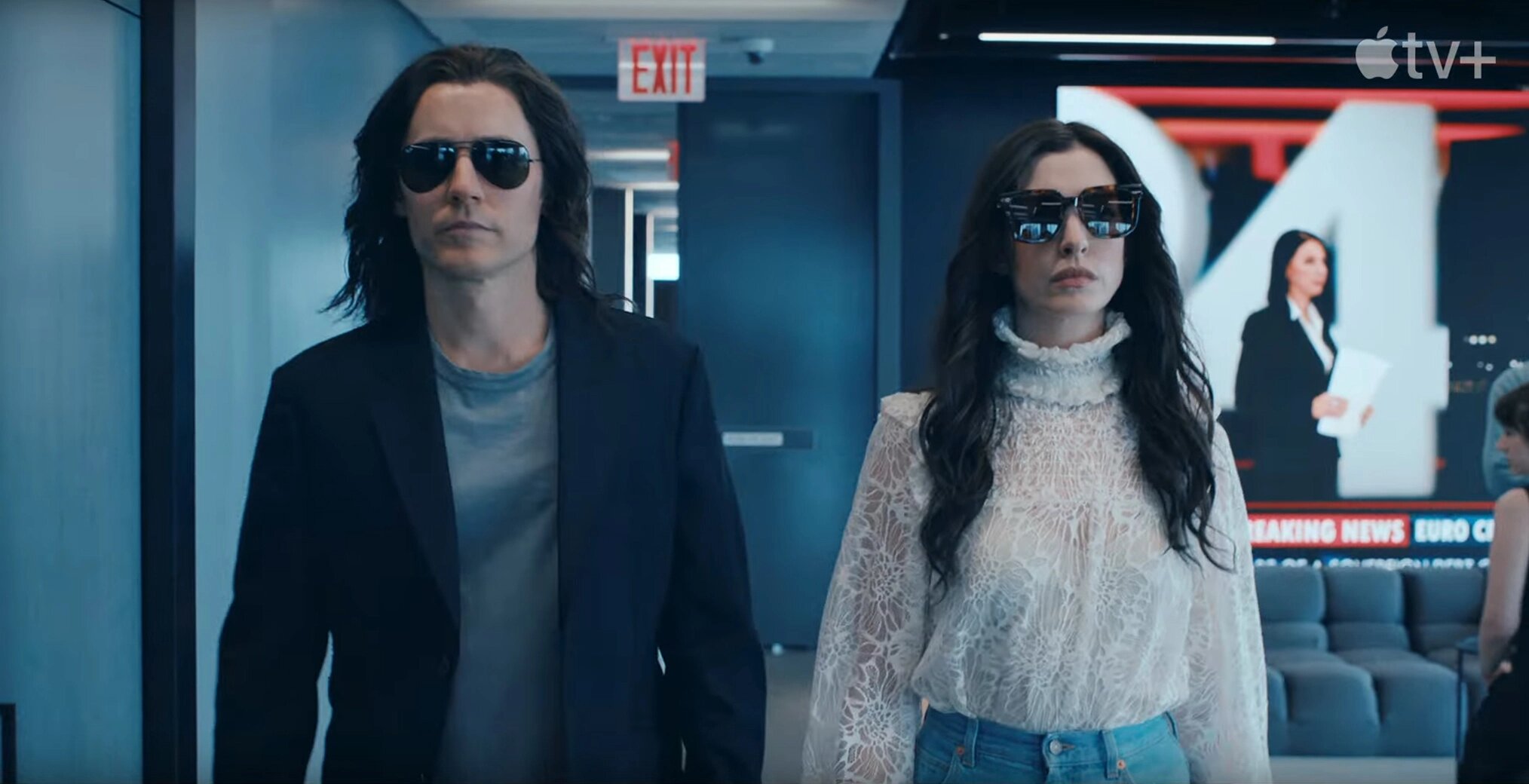 Jared Leto is notorious for his commitment to method acting, from sending obscene gifts to his Suicide Squad co-stars when he played the Joker to almost blinding himself on Blade Runner 2049. Most recently, he went all in on portraying Paolo Gucci in Ridley Scott’s House of Gucci. So Anne Hathaway, his co-star on Apple TV’s incoming biographical drama WeCrashed, deserves some credit for managing to short-circuit the star’s process on set.

While appearing on The Last Show with Stephen Colbert, Hathaway revealed the time she broke Leto by quoting House of Gucci at him when he was in the headspace of Adam Neumann, his character in WeCrashed. The Oscar-nominated actress admitted that, while she respects Leto’s methods, she could help but mess with him on one particular occasion.

“I really respect Jared’s process and I had a wonderful time working with whoever that was, and we really created the most beautiful connection between us and I always wanted to be really respectful,” Hathaway told Colbert. “But the day the House of Gucci trailer came out, I had to do something. I couldn’t just let it be.”

Hathaway went on to explain that the Gucci trailer dropped ahead of a “really intense” scene she and Leto were due to shoot on WeCrashed, so he was fully in his method-acting headspace. Once the shoot was done for the day, Hathaway decided to tease him by quoting Lady Gaga’s iconic “father, son, House of Gucci” line at him. “Because you have to,” she joked. The result was not what she expected:

“I didn’t know what would happen because he’s so intense in his commitment to his process, but I swear to God, he split into three,” Hathaway recalled. “It was like a Horcrux. It was like over here was Jared, here was Paolo Gucci and here was Adam Neumann.”

The Les Mis star then impersonated a malfunctioning robot as she imitated Leto’s reaction. “I was like ‘Oh dear’ and he was like, ‘Woah, I think I just time travelled,’” she concluded.

WeCrashed recounts the meteoric rise and fall of WeWork, one of the world’s most valuable startups, and the chaotic love story of its founders, Adam and Rebekah Neumann, as played by Leto and Hathaway. The eight-part series premieres with its first three episodes this Friday, March 18 on Apple TV+.