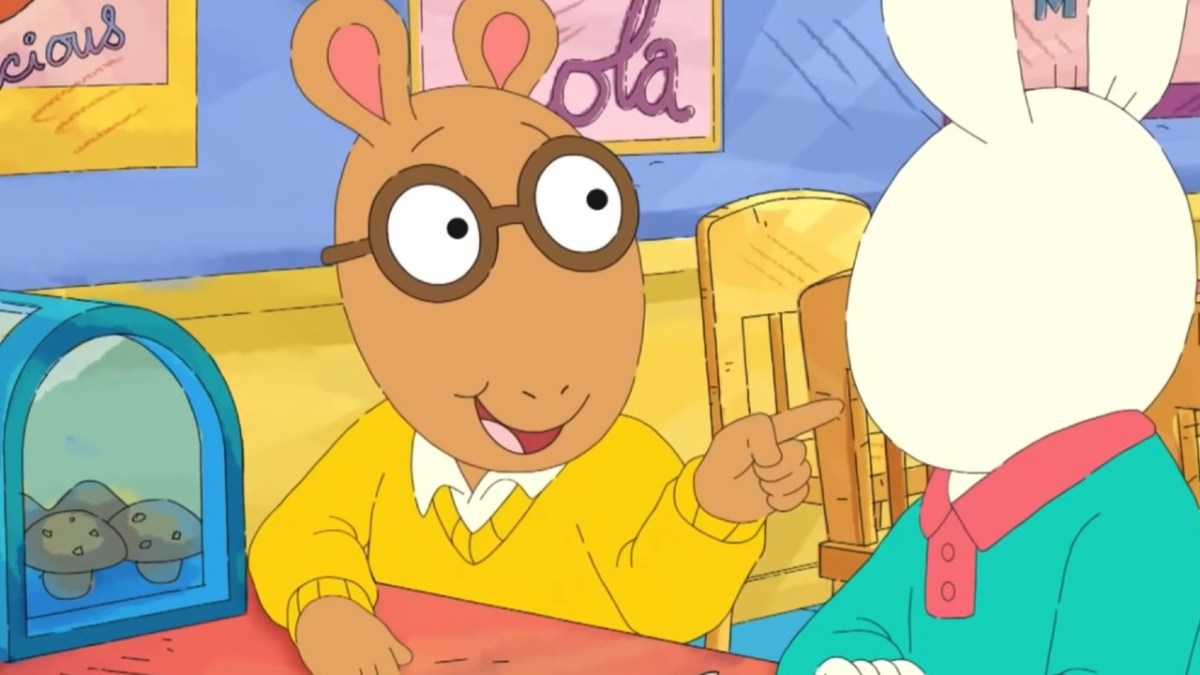 Despite bidding a bittersweet farewell to the longest running animated kids show in history, the popular aardvark who loves to read — Arthur — has plenty of lessons for children in the future.

In an exclusive interview with We Got This Covered, Hero4Hire’s associate creative director and lead animator Dan Flynn explained that Arthur‘s web-based shorts were created to speak directly to 4-to-7-year-olds about their issues, on the platforms kids are most likely to use.

“Basically, they’re 2-3 minute shorts. A lot of times, they’re very topical about what’s kind of going on in the moment, in the world, in the country,” Flynn explained. “The idea would be to continue on with that premise where, you know, every few months or so, we would … come out with an animated short that kind of resonates with what kids and adults alike are dealing with in the world today.”

Some of the topics the shorts have tackled — either directly or through a metaphor children can understand — include racism, graduating school amidst the coronavirus pandemic, and using a story about a school voting to change its mascot as a metaphor for how to prepare for a U.S. Presidential election cycle.

The first shorts were first styled like a Zoom meeting, mirroring the pandemic, subsequent lockdowns and remote learning environments that millions of kids were experiencing at the time. More recent episodes, like “And The Winner Is… The New Mascot of Arthur’s Elementary School,“ showed characters interacting face-to-face on the playground, like a traditional episode.

Flynn explained GBH Boston writes the scripts for the shorts, passing them onto Hero4Hire, with the TV show’s voice actors recording them. The goal is to make the shorts “indistinguishable from what you see on TV”.

Flynn said they primarily use Adobe Animate to make the web shorts, a modern descendent of Adobe Flash which powered the web cartoons of the early 2000s. But they strive for a “hand drawn look to the character designs” and watercolor-like backgrounds.

Arthur’s graduation speech to his fans was the first digital short, one Flynn described as a nice acknowledgement to many students who missed out on their own in-person graduation due to the coronavirus pandemic.

“All these kids who grew up with Arthur — like all of them, even the high schoolers — missed it. And so, it was nice to be able to create a short where he addresses the students and kind of addresses the fact that, you know, things are weird.”

The studio also created an episode where Muffy and Francine talk about the importance of wearing masks and one where Mrs. MacGraddy talks with Arthur and Buster about fighting racism a few months after the murder of George Floyd.

The web short on tackling racism was dedicated to John Lewis, who appeared on the Arthur TV show in 2018 as Mrs. MacGrady’s old friend. It published a month after the legendary civil rights leader and U.S. representative died.

In terms of whether the world of Arthur influenced him growing up, Flynn said the books were a staple in his home as a kid since they were quite popular. And although he was a teenager by the time the show came out in 1996, he still called it, “very much a part of my life.”

“It was a huge honor when we ended up getting these shorts to do because I already knew so much about it. And again I grew up on the books and they meant so much to me that it was just kind of like this weird full circle moment for me.”

Flynn said he admired the 2019 episode of the TV show, “Mr. Ratburn and the Special Someone,” for its depiction of the series’ first gay marriage, though he did not have a hand in producing it.

“I’m gay myself, so to put myself in the shoes of a kid watching today … it’s just so poignant for me because it’s the kind of thing that I wish I had when I was a kid on TV. But to see them kind of unabashedly tackle that subject. Again, it’s just such an honor to be a part of them now, because they’ve broken so many barriers like that.”

Flynn said he doesn’t know what subject matter the Arthur web shorts will tackle going forward, but they’ll definitely be doing more episodes in the future.

According to a PBS press release: “New content from ARTHUR will continue rolling out in 2022 and beyond, including a podcast, video shorts that tackle timely and compelling topics, and digital games. The 25 seasons of ARTHUR (250+ episodes) will continue to be available on PBS KIDS.”