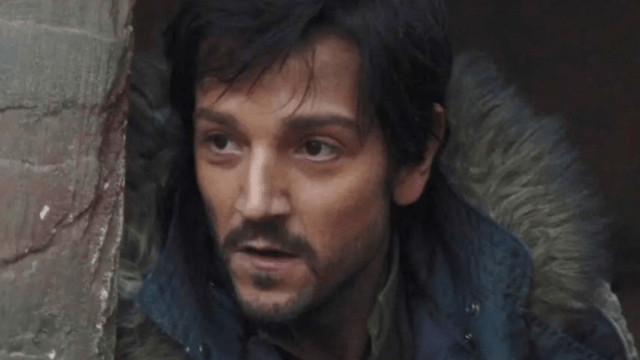 Disney Plus Day is finally here, and so far we’ve seen the premiere of the live-action Pinocchio remake, along with the surprise release of concert movie BTS: Permission to Dance on Stage – LA, but the streaming giant has also thrown a bone to Star Wars fans. Not only do we have the new behind-the-scenes documentary Obi-Wan Kenobi: A Jedi’s Return, but an extensive sneak peek at Andor has arrived.

This 10-minute featurette is now available on Disney Plus, and sees showrunner Tony Gilroy and star Diego Luna discussing the show over a ton of brand new footage.

Luna confirms that this story is about “how a revolutionary was born”, underlines that it “commits to a perspective and a point of view”, and says Cassian Andor’s experiences as a migrant will be at the heart of his story. Gilroy tells us that his aim as director was to show this world from an “on-the-ground perspective” and make it feel as real as possible, something backed up by the new footage.

The biggest attraction in the featurette by far is an entire scene showing the first meeting of Luna’s Andor and Stellan Skarsgård’s Luthien. The pair are mutually suspicious, though Luthien is clearly impressed that Andor has managed to steal a piece of key Imperial tech unnoticed. As the scene plays out, it becomes clear that Luthien wants to recruit Andor to the newly founded Rebel Alliance, though their introduction is cut short when Imperials attack.

It’s a great scene with two actors at the top of their game, and if the rest of the show is like this, bodes very well for its premiere later this month. The first three episodes will be released on September 21 on Disney Plus, with the remaining nine following each subsequent week. A second season is already in development, and Andor will eventually chronicle the five years running up to the events of Rogue One.

We can’t wait to see it in full.