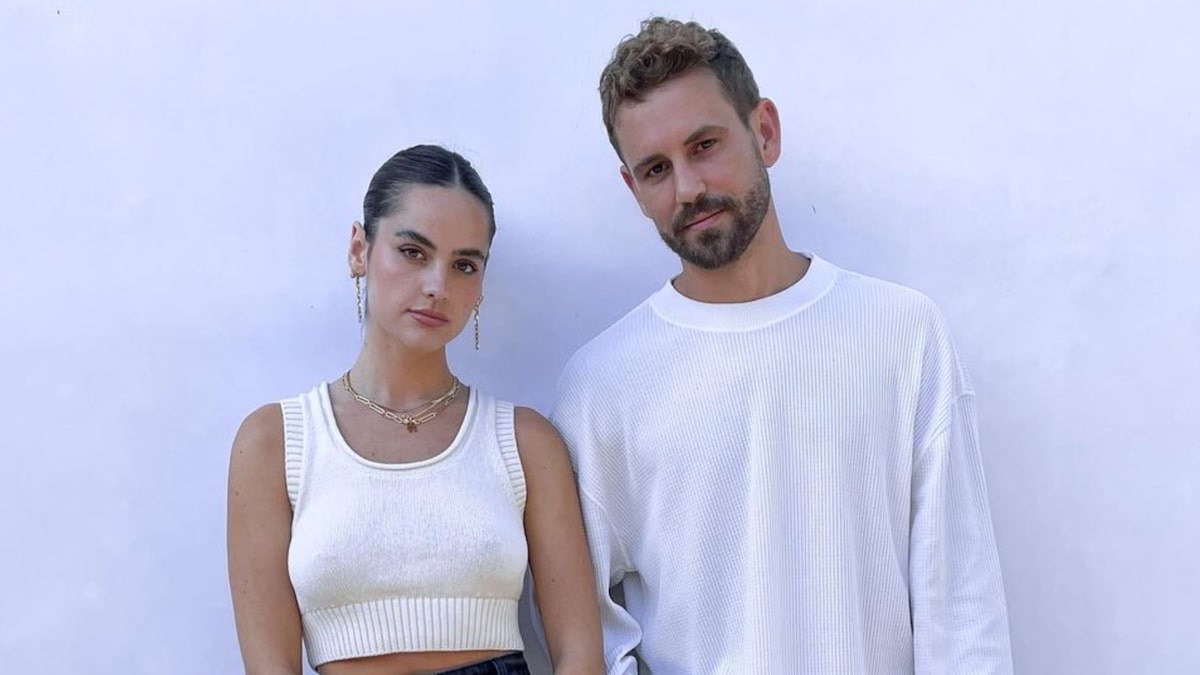 Nick Viall joined season 21 of The Bachelor after not one but two unsuccessful runs on the show’s sister series The Bachelorette and a quick stint on Bachelor in Paradise. The third (or fourth) time was not the charm for this Bachelor-to-be and he walked away from the show — and the season — empty-handed. However, Nick Viall is now a Bachelor no more as he has passed his final rose, and a very shiny engagement ring, to his new fiancé Natalie Joy.

Nick Viall hasn’t exactly been lucky in love up to this point but it seems this Bachelor alum’s luck is changing fast as he and his long-time girlfriend Natalie Joy finally announced their engagement. The two have been dating for two years and fans have been curious when the two were going to make their love official. Well, the answer is now.

Nick met his reportedly “super confident” fiancee when Natalie Joy “slid into” Nick’s Dm’s on social media. She reportedly sent him a message saying “Your unreal” and intrigued, reality star Nick messaged her back. Nick himself is well known for “sliding into DM’s” as that is reportedly how two of his previous relationships started. The couple was quietly dating for a year before Nick announced their relationship on his podcast The Viall Files.

He gave additional insight into how the couple began dating during the episode saying, “It was very romantic, we kind of kept hanging out, and she finally got to a point where she was like, ‘I want to date,’ and I was kind of like, ‘I don’t know.’ … She just was like, ‘OK, this is what I want. It’s fine, no big deal, but I’m gonna go do my thing,’ and she did, and I was like, ‘What?!’ … She went and showed me exactly what I’d be missing.” Natalie’s independence and honesty seemed to catch Nick’s attention and heart and the pair’s relationship just blossomed from there.

The two officially announced their engagement this month with a series of photos captioned, “For the rest of my life, it’s you.” The photos show off Natalie’s shiny —and massive — engagement ring. Along with her new piece of jewelry, the photos also show Natalie’s free-spirited personality with several shots of her with her tongue out looking thrilled.

How old are Nick Viall and Natalie Joy?

Nick Viall, 42, might be a fairly well-known name, but many fans were wondering who exactly Natalie is, as she is not a fellow reality TV star or high-profile celebrity, but she has done some modeling and is successful in her own right, with a reported net worth of $600,000. She is also randomly friends with Modern Family’s Sarah Hyland, as the two run in the same small circle. Natalie Joy is a 24-year-old Alabama native with six siblings who works as a surgical technologist in Los Angeles. A Virgo, she loves animals and is somewhat of a free spirit. She also funnily enough is reportedly not a fan of The Bachelor. While the couple has very different careers, and backgrounds, Nick reports that he loves that she is in a field that he “knows absolutely nothing about.” Apparently, it gives the couple more to talk about.

The two also have a pretty solid age gap with almost two decades of difference between them. Viall admits it was something he was “anxious” about at first, wondering if the two would have anything in common or be compatible. He addressed the issue further on an episode of the Call Her Daddy podcast saying “But the more I got to know her, the more I was just going to her for advice or just checking in with her. I just felt like we met each other on the same wavelength and I always felt like she was my equal. But earlier on, it was something I had to get over. And it was a ‘me’ problem.”

Yet despite their differences in age, career, and background, love certainly found a way for these two as they seem over the moon for each other. The couple has not announced concrete wedding plans yet but we are willing to bet all the exciting details will be coming soon.