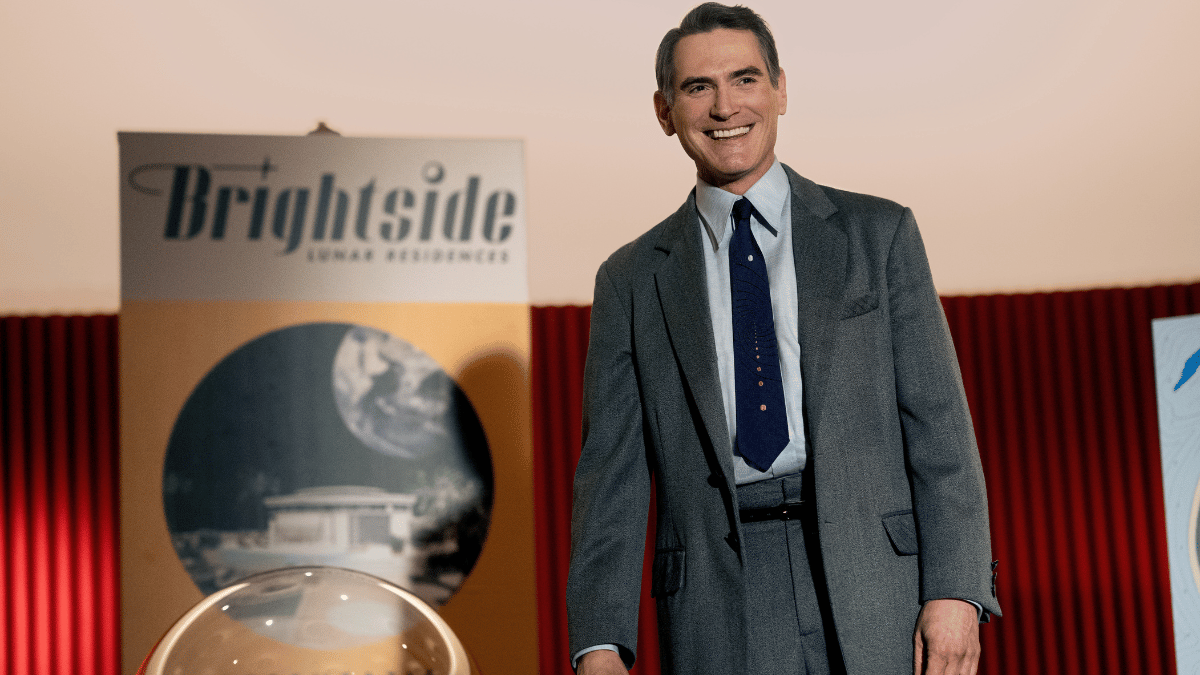 The future as it was depicted in science fiction prior to the turn of the 21st century didn’t quite pan out as expected – we’re coming up on eight years since October 2015, and we’re yet to have mass-produced hoverboards like Back to the Future II envisioned.  However, for those that maintain a sense of wistfulness for a Jetsons-like world, Apple TV’s upcoming drama series Hello Tomorrow! may be right up your alley.

While humanity may not have quite taken to the skies like the classic Hanna Barbera cartoon depicted and remains rooted in suburbia, the first trailer for the Billy Crudup-led show certainly has a similar retro-futuristic look down:

Hello Tomorrow! depicts a brightly colored world of domestic bliss, complete with dog-walking robots, self-tying neckties, and bulky jetpacks. There’s almost an unnerving quality to the world that has been created, which fans of the Fallout and Bioshock video game series have become familiar with over the years.

Series star Billy Crudup plays a charismatic salesman leading a team peddling timeshares on the moon. Apple TV’s official synopsis for the series is as follows:

Set in a retro-future world, “Hello Tomorrow!” centres around a group of travelling salesmen hawking lunar timeshares. Billy Crudup stars as Jack, a salesman of great talent and ambition, whose unshakable faith in a brighter tomorrow inspires his coworkers, revitalises his desperate customers, but threatens to leave him dangerously lost in the very dream that sustains him.

Hello Tomorrow! Blasts off on Apple TV Plus on Feb. 17, 2023, and also stars Haneefah Wood, Alison Pill, and Nicholas Podany. If you were looking for another excuse to renew your subscription to the streaming service, the next season of Ted Lasso is also set to debut in the coming months.