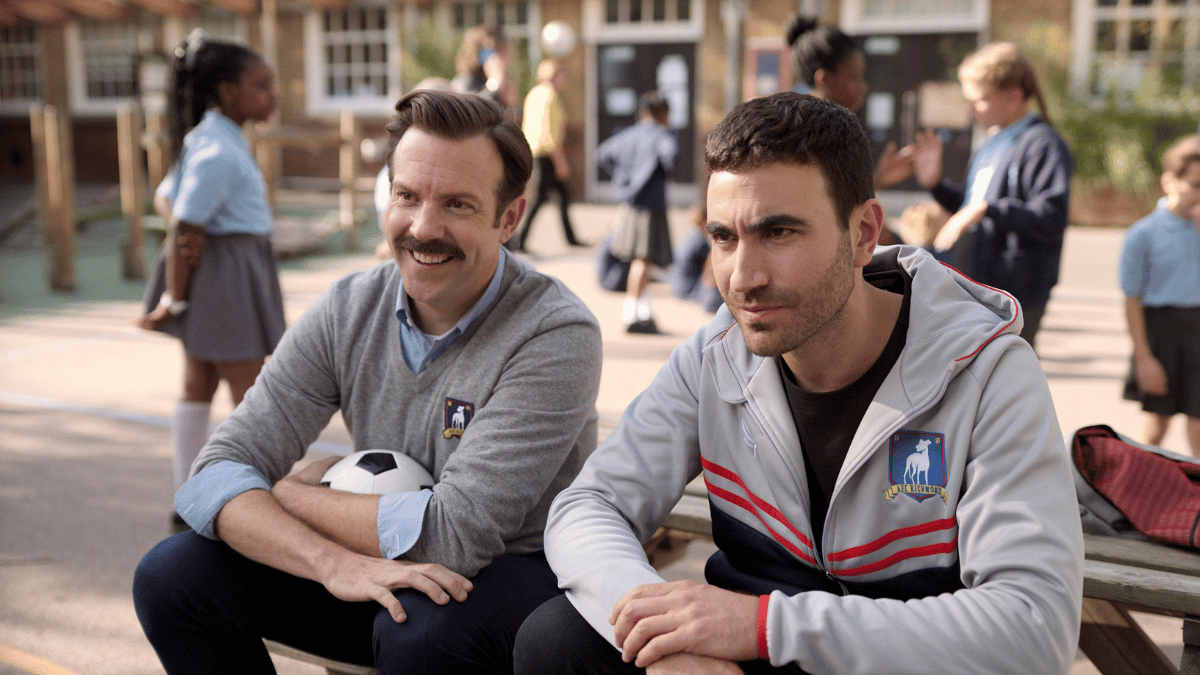 If you’re wondering just what on earth you’re going to have to look forward to on your television screen on a weekly basis after Pedro Pascal bows out from his streaming dominance when The Last of Us and The Mandalorian finish up, fear not. We’ve just gotten our first look at the third season of Ted Lasso, as well as a release window this spring.

Nate (Nick Mohammed) is pictured staring down Ted (Jason Sudeikis) like he’s at a UFC weigh-in, while the titular coach returns his gaze he’s like he’s greeting an old friend and like there isn’t any sort of elephant in the room — including slimy ol’ Rupert off in the background of the shot watching the interaction take place.

While this is probably the part of Ted Lasso’s story we’re most eager to see continue, we’re sure to see more developments with the rest of our favorite AFC Richmond club stakeholders, such as Sam, who turned down Akufo’s buyout, as well as the strain on Roy and Keeley’s relationship.

There’s still plenty of time to squeeze in a rewatch of seasons one and two, but you had best start planning one now — because Ted Lasso season three’s tentative release window is this Spring. This means the Emmy Award-winning series could be making its return to Apple TV as early as March.

In the meantime, you can check out We Got This Covered’s ranking of the show’s best characters right here.