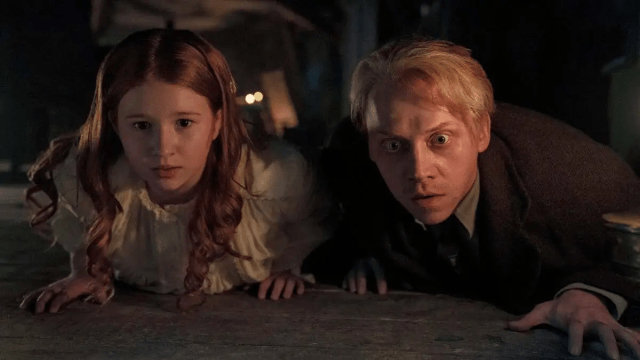 As if horror fans haven’t had enough to fill their appetites year round, Guillermo del Toro’s Cabinet of Curiosities has finally released all eight of its frightfully delectable entries to Netflix just in time to gear up for Halloween early next week.

Featuring a curated selection of short horror films by del Toro, two of which come from the show’s host and maestro himself, Cabinet of Curiosities has seen the legendary horror icon assemble some of the genre’s finest creatives. It results in eight distinctly unique yet undeniably del Torian nightmares for those of us with a shortage of proper cold sweats.

Indeed, it was del Toro’s insistence to let his answer to the Avengers take almost full creative control, while he himself served as a sort of mentor and consultant whenever he was needed. If that sounds like a peak horror privilege, you’d be right. In an interview with Entertainment Weekly, Catherine Hardwicke, who helmed Cabinet episode “Dreams in the Witch House” and whose past horror efforts include Red Riding Hood, The Black Ghiandola, and late 2000s phenomenon Twilight, divulged the intricacies of the absolute blessing that was working alongside del Toro.

“The cool thing about Guillermo is he really wanted to give the directors ownership and make us feel like, ‘Yeah man, I get to do some crazy sh*t.’ So then I got to put my brain, my heart, my soul, my blood, and my sweat into it. That’s what we like to do. That was really cool. But then he was there to help us in areas that we’re not as much of an expert in as he is, like the creatures.”

Hardwicke certainly took full advantage of the opportunity, tasking herself with adapting H.P. Lovecraft’s Dreams in the Witch House. The former Twilight director went all out in combining Lovecraft’s cosmic horror ethos with the story’s earthly aesthetic, putting the consequences of tampering with higher forces on full, grotesque display.