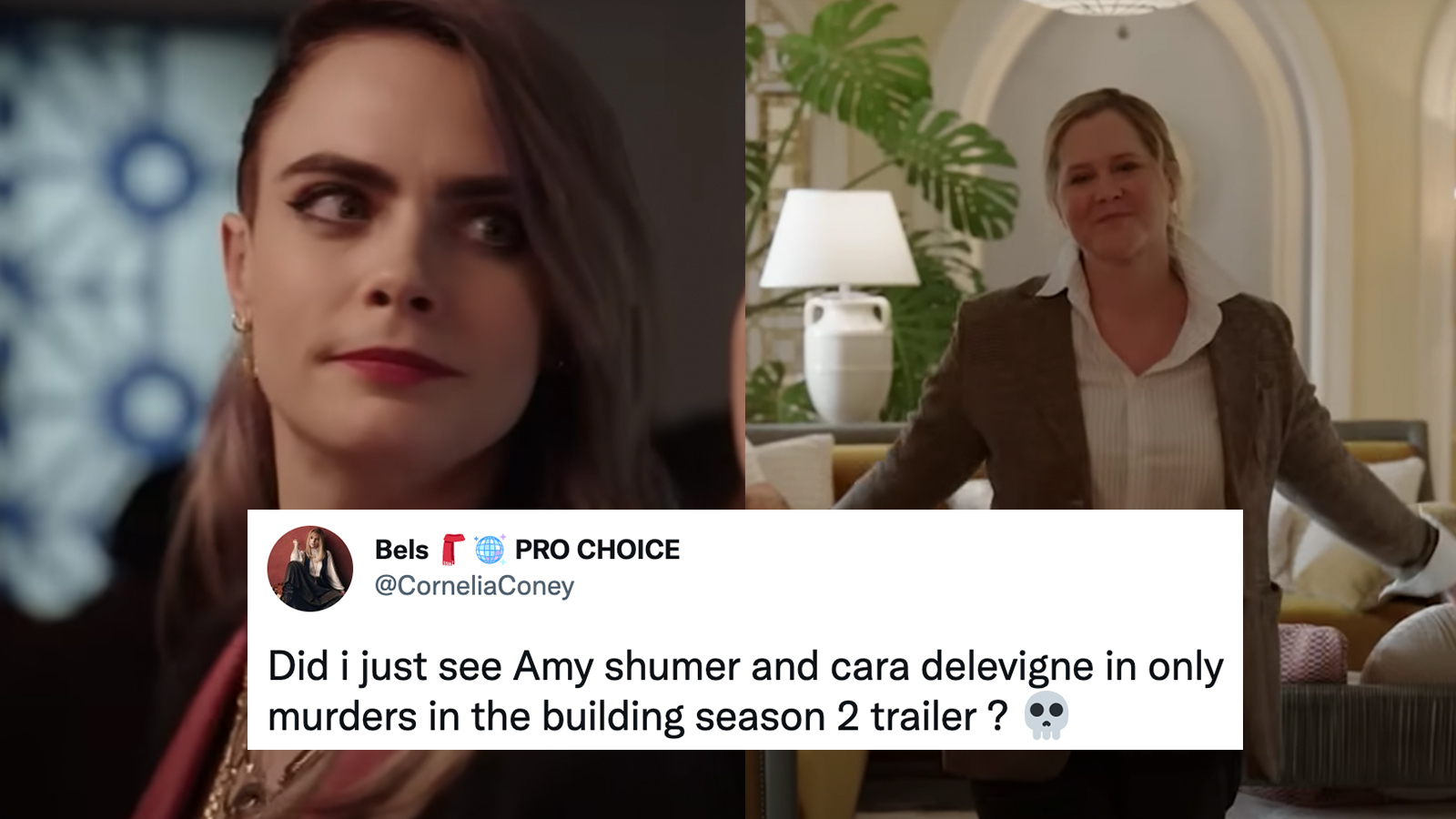 Only Murders in the Building fans are cringing at absolute pests Amy Schumer and Cara Delevingne being in the show’s second season, following cameos in the new trailer.

Season two’s trailer arrived earlier this week and gave us a brief first look at Schumer and Delevingne while also revealing what’s happened to our favorite fictional podcast trio.

“It was amazing to have the two of them know each other and feel comfortable. It’s a little sparky in all the right ways that makes you feel like, ‘oh, someone’s opening someone’s world’.”

But fans couldn’t stop thinking about the standup comedian’s and Paper Towns actress’ cameos and what it means for the highly anticipated new season.

One fan described the pair’s appearance as an “absolute nightmare blunt rotation”.

Several questioned whether the pair’s “bad acting” would ruin the show.

Cara Delevingne gave the world second-hand embarrassment when she was seen following Megan The Stallion like a bad smell at this year’s Billboard Music Awards.

A few Only Murders in the Building fans joked the agent of chaos’ recent behavior was a PR stunt for the new season. Wild if true.

Only Murders in the Building season two premieres on Hulu on June 28. Fans reckon ageless king Paul Rudd could also appear in the new season because he was spotted hanging out with the cast on set.