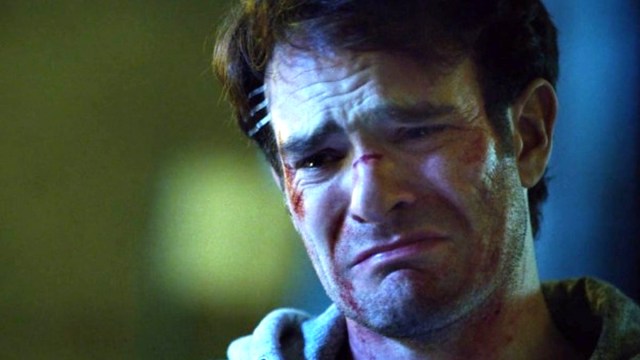 Ever since Charlie Cox made his long-awaited Marvel Cinematic Universe return (or debut, depending on how you want to look at it) in Spider-Man: No Way Home, fans have wondered if it’s the same version of Daredevil who defended the streets of Hell’s Kitchen on Netflix for three acclaimed seasons.

After all, Disney Plus taking the entire Defenders Saga off Netflix’s hands was a potential indicator that they were one and the same, while Marvel’s official website also appeared to hint that the street-level superhero adventure was being absorbed into canon. Throw in the confirmation that Vincent D’Onofrio’s Wilson Fisk had signed on to return in 18-episode streaming series Born Again, and all signs were pointing to a continuation as opposed to a clean slate.

Unfortunately, that doesn’t appear to be the case, after Cox confirmed to ExtraTV following his appearance at the D23 Expo that his impending small screen solo show begins with an entirely clean slate, with the actor making it clear that Born Again is very much its own thing.

“My feeling is, based on the title Born Again, I think that the sense is it is a new beginning, it is going to be different, it is going to be totally different. It is going to be new stories, and new ideas. It is a Season 1, it is not Season 4, so it is a whole new thing. Which I think is the way to go. If you are going to do it again, do it differently.”

Of course, with the Multiverse Saga now in full swing, it’s not difficult for the MCU to establish that Daredevil, Jessica Jones, The Punisher, Luke Cage, Iron Fist, and The Defenders took place in an alternate reality, with the 616 timeline’s Man Without Fear being introduced as a variant.

However, plenty of fans are going to be pissed that Disney Plus won’t be picking up from where Netflix left off, even if more Daredevil is far from a bad thing.