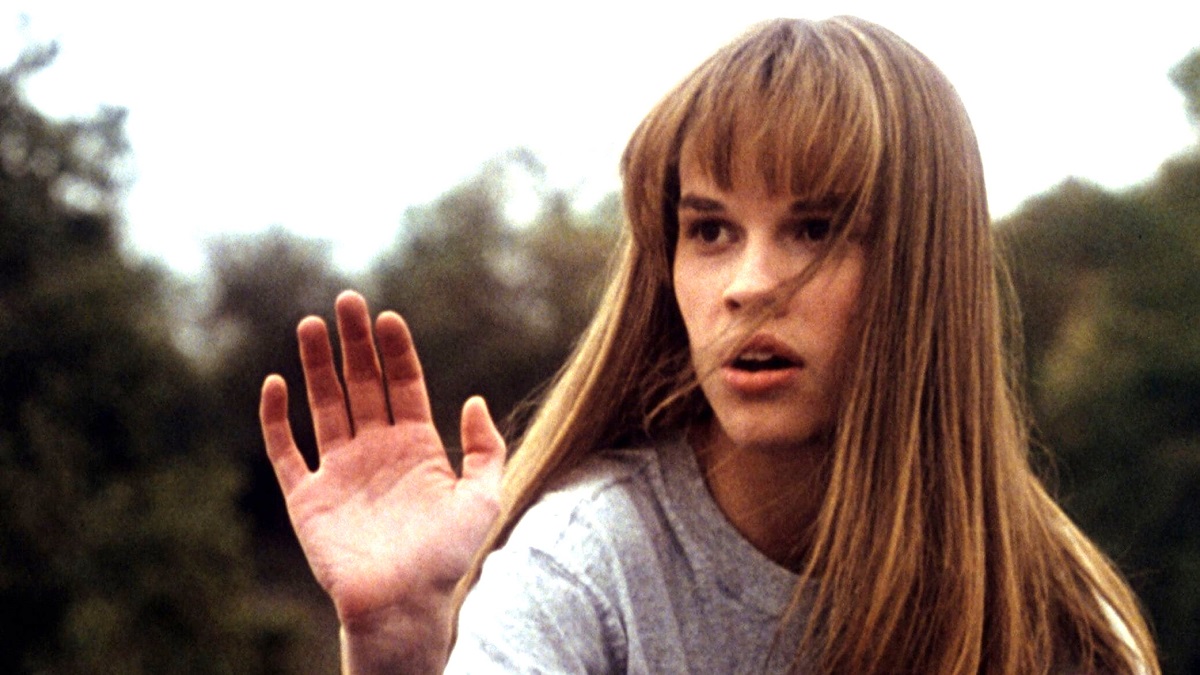 As the show continues to dive into the franchise’s past, Cobra Kai fans have been hoping that The Next Karate Kid star and two-time Oscar winner Hilary Swank could be the next alumni to show up, with co-creator Hayden Schlossberg teasing that it’s a real possibility.

In an interview with Deadline, Schlossberg added fuel to the fire when it comes to the A-lister reprising her role.

In The Next Karate Kid, Swank plays Julie, a girl from Boston, Massachusetts who’s dealing with the death of her parents. Mr. Miyagi meets her after going to a military reunion and trains her once he sees her potential. As he helps her become a stronger fighter, she learns how to process her loss.

Cobra Kai has a tradition of bringing back characters from the franchise into the series. John Kreese (Martin Kove), who was Johnny Lawrence’s (William Zabka) sensei officially joined in season 2, Elisabeth Shue reprised her role as Ali Mills in season 3, and The Karate Kid Part III villain Terry Silver (Thomas Ian Griffith) was a major threat in season 4.

Chozen Toguchi (Yuji Okumoto) and Kumiko (Tamlyn Tomita) from The Karate Kid Part II have also appeared on the show, and the next logical step is for Swank to join the action. Her movie took place after the original trilogy, and it would be interesting to see how she interacts with the older Karate Kid cast and the younger generation.

Fans will have to see if the Swank the rumors are true when Cobra Kai season 5 returns to Netflix.