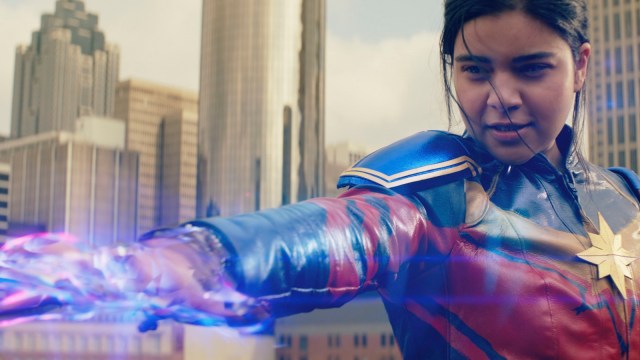 The final episode of Ms. Marvel‘s first season has officially come and gone, and fans are already feeling the loss of the stellar Disney Plus series.

With no more Kamala and Bruno to keep them distracted from the disastrous state of the world, fans of the MCU’s latest series are left wanting more. The first season only contained six episodes, after all — a common length for a Disney Plus Marvel series, but still a criminally short runtime overall. The season finale, in particular, is piquing interest in the show, and fans are already clamoring for what comes next. They want to know if we’ll be getting a second season of the popular series, or if Kamala’s adventures are already finished.

Could there be a Ms. Marvel season two?

Ms. Marvel is currently billed as a limited series, which could mean that fans have already seen the last of Kamala Khan. The popularity of the show, however, indicates that Disney may be well served in delivering at least a second season to the eager masses. Both Disney and Marvel are known for their absolute refusal to let a dying property perish, after all, so why shouldn’t they treat a thriving one the same?

That being said, there is absolutely no confirmation that Ms. Marvel will get a season two. As of yet, no updates have been provided by either Disney or Marvel as to the show’s future, leaving fans to their hope and worry. If a second season is incoming, chances are high that confirmation won’t come for a good few months. Marvel has a stacked schedule this year with several more releases — including She-Hulk and Black Panther: Wakanda Forever — headed to audiences before 2022 comes to a close. Between these and early trailers for The Marvels, which is expected to release in July 2023, Marvel may choose to put off confirmation (or outright denial) of a Ms. Marvel season two.

There’s always the possibility that no season two is incoming, but now that she’s been introduced, we can’t imagine a future without Kamala in it. The character — and her standalone series — were too well-received by audiences to be a one-and-done. Instead, chances seem good that — if there is no season two — Kamala will instead crop up in a different property.

She’s almost certainly set to appear in 2023’s The Marvels, but fans are also thrilled at the prospect of Kamala joining a certain team of teenaged heroes. Many fans have been eager for the Young Avengers to officially enter the MCU for awhile now, and would be delighted to see these dreams realized with Kamala as a surprise addition. There’s also that sneaky X-Men reference from the final episode, one which could indicate that Kamala may instead crop up at Xavier’s School for Gifted Youngsters.

If Kamala is departing her solo series for a role on either of the popular teams, you won’t hear us complaining.