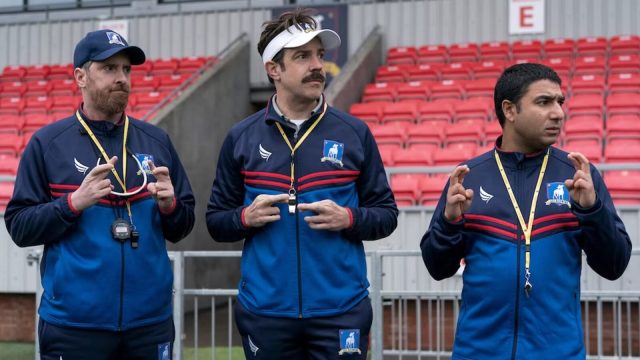 Photo via Ted Lasso/Apple Plus

Ted Lasso fans are looking to season three with apprehension, following reports that it could be the show’s last.

The spectacular Apple Plus series released to a humor-deprived audience in the midst of the COVID-19 pandemic. It quickly became the go-to source of joy in the midst of endlessly dour news reports, and racked up Emmy Awards in near-equal parts to its ever-growing fanbase. It broke records with its debut season, racking up a staggering 20 Emmy nominations for everything from its stellar cast to its writing, sound mixing, and directing. It’s just as popular in 2022, collecting another few dozen nominations for the 2022 Emmys, and fans are far from ready to see the heart-warming program end. Reports that season three will see the conclusion of the popular series is sparking panic among viewers, many of whom would welcome another dozen seasons of the charming series.

Will there be a Ted Lasso season 4?

Whether or not fans approve, Ted Lasso was always intended as a three-season show.

That’s according to the show’s creators, who have emphasized on several occasions that Ted Lasso was long planned as a three season series. Bill Lawrence reiterated this point in an October interview with Deadline, in which he noted that “we said this series was only going to be three seasons.”

Executive producer Brett Goldstein, who also stars as Roy Kent in the series, told The Sunday Times in an early June interview that the finale to season three was being treated as the series finale. “We are writing it like that,” he said, before reiterating that “it was planned as three.”

Despite this, fans are convinced that Ted Lasso will return for at least a few more seasons. The show’s immense popularity practically demands more content, and many members of the cast have expressed their deep desire to see the show continue.

Apple has yet to confirm that the show will end after season three, and thanks to its popularity among both audiences and its own cast, many people are holding out hope that the show will be renewed for several more seasons. Until we have confirmation, however, it’s safer to assume that season three will be Ted Lasso‘s last.