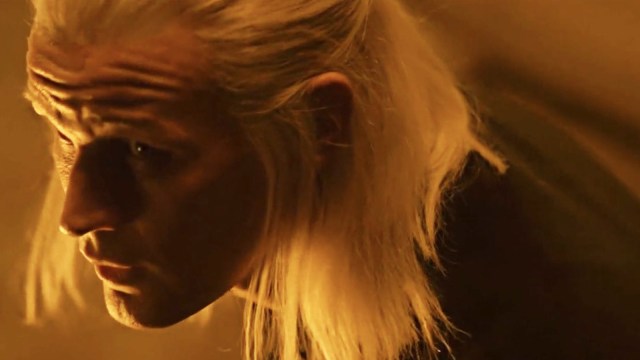 Warning: This article contains spoilers for House of the Dragon episode nine and the preview for episode 10.

Every week House of the Dragon airs a new episode and like clockwork Daemon Targaryen gets the spotlight on social media, however, this week was especially unique as the character didn’t show up in the episode.

Of course, there is a reason that Daemon is trending once again but before we get into this be warned that we will be touching on spoilers for both House of the Dragon episode nine and the preview for episode 10 that was released.

Before we’ve even seen the full duration of the scene fans are already staning Matt Smith’s singing skills as Daemon can be seen singing what appears to be a lullaby to the dragon Vermithor in the preview.

This lullaby isn’t like any that you would have heard before as it is sung completely in High Valyreon the language spoken by a few characters in House of the Dragon. Reacting to this scene on social media fans are singing their own song, this being a song of praise for the Prince looking to add another dragon to the team of the Blacks.

Up until this point we have not seen Vermithor in House of the Dragon. The beast previously belonged to King Jaehaerys Targaryen but has seemingly gone riderless since his passing. It remains to be seen what this beast’s appearance will bring in the finale set to air next week.

Next Sunday the House of the Dragon finale will air, but if you haven’t yet caught up you can stream the first nine episodes on HBO Max now.