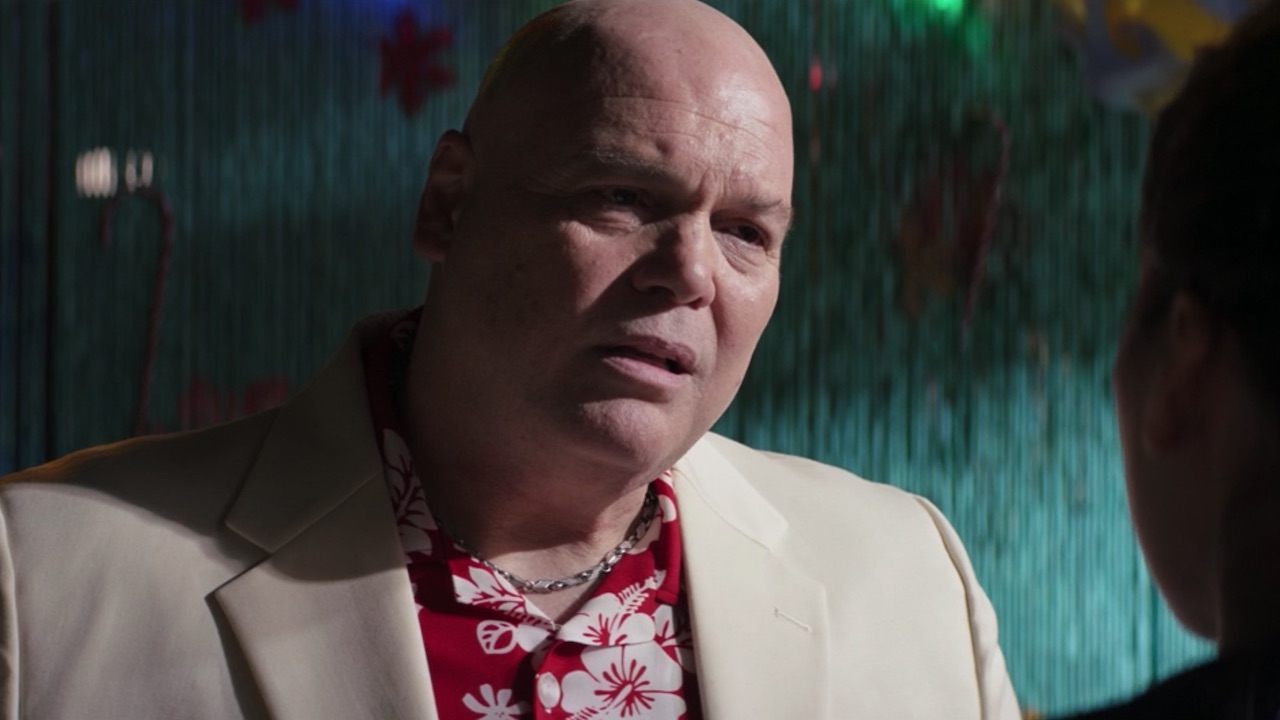 With recent Marvel Cinematic Universe inductee Kingpin having premiered in the Disney Plus series Hawkeye last month, some fans of the villainous character, played by Vincent D’Onofrio, were notoriously unimpressed with some perceived changes compared to his role in Daredevil.

Daredevil season one executive producer and showrunner Steven DeKnight, a man who contributed significantly to the character development of the live-action version of Wilson Fisk, is now responding to some of that backlash.

DeKnight recently proclaimed he “like[s] to end on a high note” and is therefore uninterested in returning to the characters of Kingpin and Charlie Cox’s Matt Murdock in the live-action space, in response to fans’ calls for him to come back to perhaps helm them again in some kind of creative capacity.

The remark was innocuous enough and even included a lighthearted Seinfeld GIF of Jason Alexander’s George Costanza saying, “Alright, that’s it for me!” and leaving the room.

But one fan interpreted the tweet as a subtle dig at the MCU’s version of Kingpin, who some have criticized as seemingly having super strength in Hawkeye, despite being a mere human in Daredevil.

With this remark, DeKnight was quick to clarify his position, saying, “No shots fired on my end! I fully support whatever [Kevin Feige] and Marvel does next with the characters.”

As to why he worded it like wanting to “end on a high note,” DeKnight explained, “I just don’t know if I could top myself.”

It’s no wonder fans are clamoring for DeKnight’s return, considering season one of Daredevil, which he oversaw, is the highest-rated season in the show’s history, at a staggering critical score of 99% on the review aggregate site Rotten Tomatoes. Seasons two and three are not far behind, though, and all three seasons are “Certified Fresh.”

As for fans’ perception that the MCU gave Kingpin super strength, D’Onofrio has pointed out how the character was known to throw Daredevil 15 feet through the air on the original Netflix show, so, in his view, him pulling off similar moves on Hailee Steinfeld’s Kate Bishop in Hawkeye isn’t necessarily against the established canon of the character.

It was also explained in the Daredevil Netflix show that Kingpin likes to wear bulletproof armor woven into his clothing, so perhaps that is a reason he is able to quickly recover from arrows and car collisions in Hawkeye. In the comics, Wilson Fisk isn’t superpowered but does possess peak human strength and enormously sized muscles that contribute to his gargantuan stature and ability to not be as susceptible to injuries as much as an untrained man would.

Netflix’s Daredevil has enjoyed a viewership revival after both Kingpin and Daredevil made their re-introduction into the MCU recently. ICYMI, Matt Murdock was the defense attorney and “really good lawyer” for Tom Holland’s Peter Parker in Spider-Man: No Way Home.