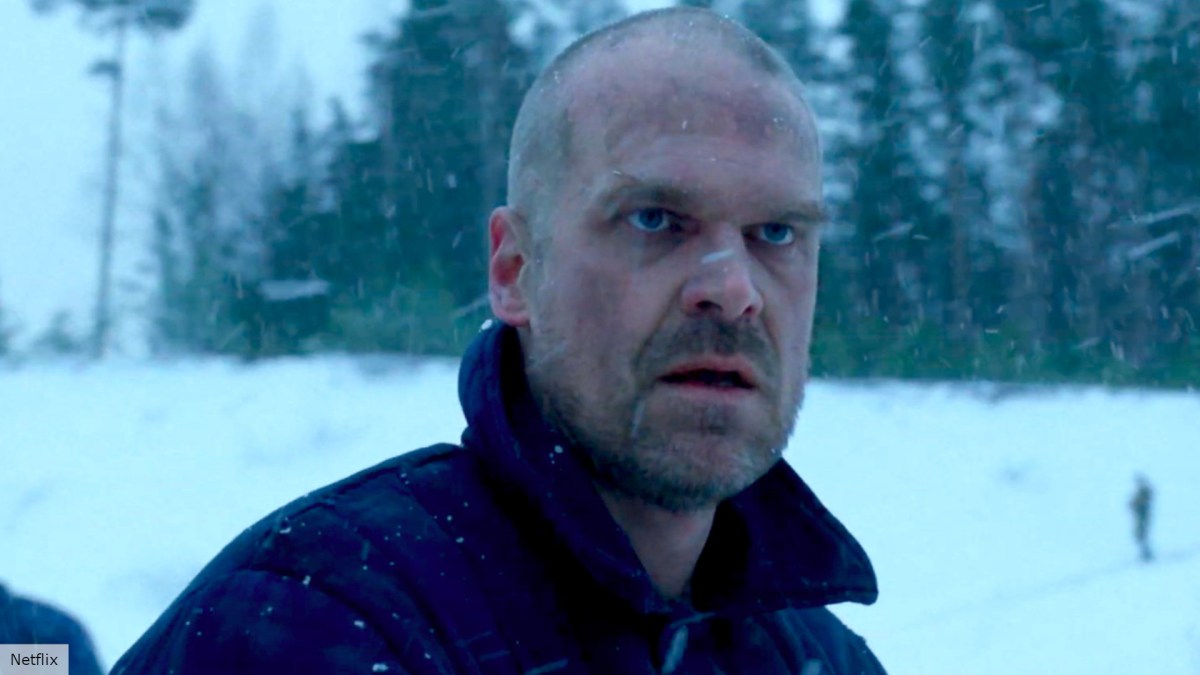 This article contains spoilers for season four of Stranger Things.

David Harbour‘s character in Stranger Things has been through a lot, and the actor’s physical appearance has had to change along with that of Jim Hopper.

At the start of the most recent season of one of Netflix’s biggest and earliest hits, fans found Hopper imprisoned in a Soviet gulag after he somehow survived the explosion at the end of season three. Considering the events of season four take place around five months after that fateful episode, Hopper’s physique has obviously suffered from being a prisoner that long.

Harbour told GQ he had to lose 80 pounds in between seasons in order to match Hopper’s own weight loss. “I was about 270 [in season three], and when we shot [season four] I was around 190,” the actor explained. His weight loss method apparently included intermittent fasting and a lot of Pilates, but he isn’t exactly eager to go through that again. “I don’t think I’ll ever do that again,” he made a point of adding.

The 47 year old actor has now had to gain the weight all back in preparation for playing Santa Claus in Violent Night, a thriller about how Santa saved Christmas from a group of mercenaries. “I gained [it all back]. But now, yeah, never again. The prosthetics are too good,” Harbour concluded.

Season four of Stranger Things is available to stream now on Netflix, and Violent Night is coming to theaters on December 2, after which Harbour should be allowed to eat whatever he wants without a care in the world.