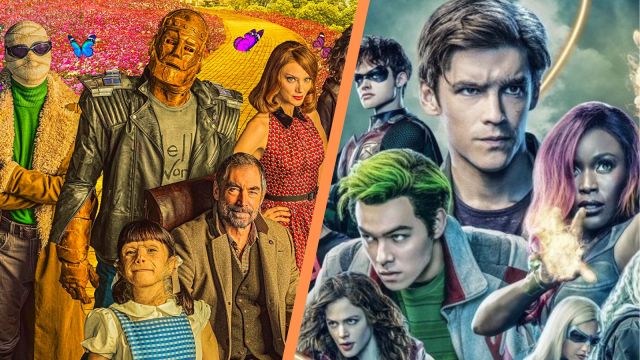 Fans know how they feel about the DC Titans series. It was different from the original Teen Titans cartoon on Cartoon Network and tried to make this superhero team ‘darker’ and ‘edgier’. However, another DC show has captured fans’ attention, and after three years since Doom Patrol‘s release, DC fans may know precisely why that show is rated highly compared to Titans.

DC fans gave multiple possible answers as to why Doom Patrol may be more well-loved than the other DC show. Some believed that the writing quality was better in Doom Patrol and that Titans was trying to target the Riverdale audience. It is possible since Riverdale came out in 2017, a year before Titans were released. And back then, plenty of popular shows, especially on Netflix, pushed dark and edgy themes.

Fans debated if it was perhaps our love for the original 2003 animated series that somewhat skewed our expectations of what we’d like to see in a Teen Titans show. Some argued that the original comics were always ‘dark’ and ‘edgy’ and that we shouldn’t compare the two adaptations or use the cartoons as the baseline.

However, others argued that Teen Titans managed to balance the ‘dark with the light’. Other while the live-action adaptation was just ‘an edgy teen show’.

Others claimed that it was the return of Brendan Fraser, known for his roles in The Mummy, Scrubs, and Journey to the Center of the Earth. One theorized that DC was afraid Fraser would upstage Dwayne Johnson, hence why Batgirl was canceled.

And lastly, fans believe Doom Patrol had more passion for it and knew what it wanted to be. Meanwhile, Titans was so close to ‘redeeming itself’ in season three but failed.

Plus, everyone knows who the Teen Titans are. So, of course, there will be expectations. Doom Patrol is new and fresh and has characters that casual DC fans may not know but will eventually love when watching the series.

Titans isn’t a bad show in general. It was trying to capture an audience that grew up with this superhero team back in the early 2000s while also following a trend that was popular at the time – creating dark and edgy teen shows. However, Doom Patrol probably learned from Titans‘ mistakes, especially since it was released a year later. And fans managed to attach themselves to this new and somewhat unknown superhero team that not only gives them action but also made them laugh and entertained. It’s two different shows with different approaches and it seems like fans enjoy something more balanced.