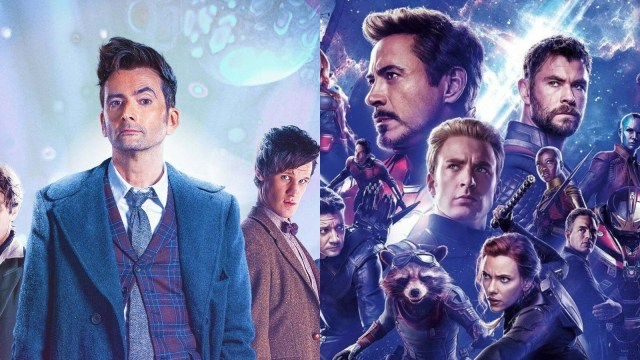 Today marks the 59th anniversary of Doctor Who, which first hit our screens way back in November 1963. Just two years earlier that same month, another bastion of pop culture was born when Stan Lee debuted the Fantastic Four, ushering in the age of Marvel Comics in the process. These days, of course, Marvel leads the entire industry under the ownership of Disney, but don’t forget the Mouse House is coming for the TARDIS, too.

Earlier this month, it was officially announced that Disney Plus has landed the exclusive international streaming rights for Doctor Who beginning in 2023, its landmark 60th year. Reports say the milestone deal between the BBC and Disney will see the show’s budget skyrocket with the latter keen to create various Whoniverse spinoffs in the vein of Marvel and Star Wars. The Doctor’s universe is about to grow exponentially, then, but could the Disney deal mean that a crossover with the MCU might happen one day?

What might seem far-fetched at first really isn’t once you consider the fact that the Doctor already exists within the Marvel multiverse. From 1979-1999, Marvel published Doctor Who comics through Doctor Who Magazine (previously known as Doctor Who Weekly/Monthly). Therefore, any comics created during that period are part of the Marvel canon. The Marvel Fandom wiki, for instance, classifies the Doctor’s world as Earth-5556.

Seeing as the Whoniverse is big enough as it is, the Doctor sadly didn’t hang around with the Avengers or the X-Men during his time as part of the extended Marvel family, but there were still some notable minor crossovers that established a link. These mostly concern the robotic assassin Death’s Head, whom the Doctor encountered on several occasions. The Time Lord even once transported Death’s Head to the reality of the Transformers (who Marvel likewise had the license to at the time).

Of course, so far Disney has resisted smushing together its various franchises — that’s why we’re still waiting on a Marvel/Star Wars crossover — but opening the doors to something like this could be just the big idea Bob Iger could implement now he’s back in charge of the company and is looking for its next major development. Maybe before long, we could get David Tennant’s Doctor and Benedict Cumberbatch’s Doctor Strange exploring different realities together. Who knows…