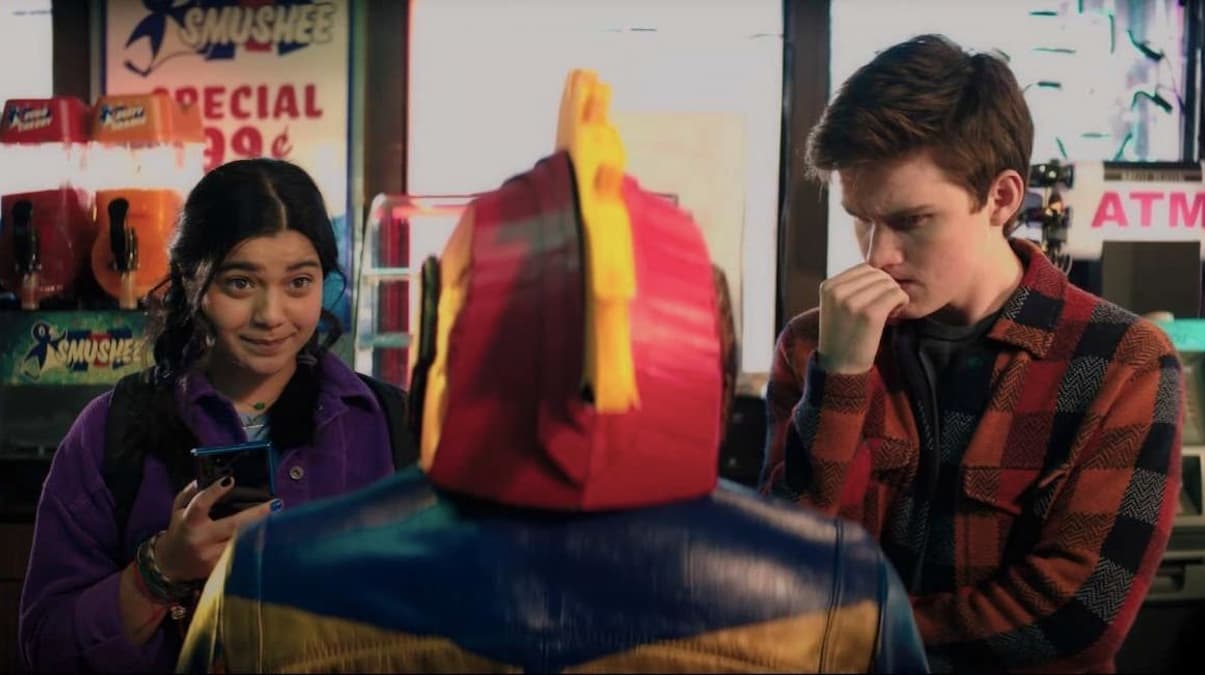 With the release of Ms. Marvel, the team at Marvel is proving — once again — that it’s hard to beat an MCU release.

The show isn’t flawless — truly, is anything? — but it combines relatable teenage awkwardness with excellent, humorous writing and believable characters, a stellar blend that, from its very first minutes, is managing to captivate audiences everywhere. The first episode poises the series to compete with all of Marvel’s televised offerings thus far, positioning it as perhaps the best show the franchise has produced to date.

The 50-minute first episode served as an origin story for Kamala Khan, the show’s youthful protagonist. It also introduced a slew of new characters, many of whom have never appeared in a Marvel release before. In true Marvel fashion, the episode also featured a cameo or two.

All of the cameos in Ms. Marvel episode one

In the debut episode of Ms. Marvel, fans were graced with the first of what is sure to be many more MCU cameos. Quite a few fans might have missed it, however, due to its presence nestled in the midst of the episode’s end credits.

A familiar face that many fans will struggle to place cropped up in a brief mid-credits scene at the conclusion of Ms. Marvel‘s very first episode. Following the hubbub at AvengerCon, a brief clip reveals a pair of sharply-dressed people reviewing the footage. After the female half of the duo notes that she’s “never seen powers like that,” a familiar man directs her to “bring her in.”

That man is Agent P. Cleary, a member of the Department of Damage Control (DODC) and a soon-to-be regular among the Marvel cast. Played by Arian Moayed, he’s already cropped up once before in 2021’s Spider-Man: No Way Home. Eagle-eyed fans will recognize him from early scenes in the film, during which he interviews Peter Parker and his close relations about the Mysterio incident. He comes across as slightly goofy but stern, hammering characters like Aunt May and Ned with questions about their involvement in Spider-Man’s alleged misdeeds.

His stint in No Way Home doesn’t last much longer than his Ms. Marvel cameo, but his appearance in the Disney Plus show is clearly important. It’s setting the stage for what the DODC has become, long after it was formed in the wake of the Battle of New York, and establishes what could be a massive hurdle in the paths of not just Kamala, but all of the Marvel heroes we’ve come to love over the years. His presence in the show could well harken bigger projects on the horizon for Cleary, as well as the DODC as a whole.

It’s not a cameo in the same sense of the word, but another surprise appearance did crop up in Ms. Marvel‘s first episode. In an interview with Screen Rant, Ms. Marvel stars Saagar Shaikh and Rish Shah, who play Kamala’s brother, Aamir, and her love interest, Kamran, revealed that they, too, had an unexpected cameo in episode one.

The pair were reportedly dazzled by the set for AvengerCon. Shaikh noted that he “really wanted to be there” and so donned an “Iron Man box outfit” for the occasion and wormed his way in as a background cosplayer. Shah followed suit, donning Captain America’s recognizable garb and slipping into the background of a titular scene. Apparently they even made the final cut, with Shaikh noting that, during “the moment where Kamala and Bruno realize that Kamala left the gloves in the bathroom,” he and Shah can be seen in the background.

Shah compared it to a Where’s Waldo situation, with the two actors blending so seamlessly into the background that only the most dedicated of fans are likely to catch a glimpse. Despite this, they were apparently delighted to be a part of the thrilling shoot. Plus, they gave fans a little extra to enjoy in Ms. Marvel’s opening episode.