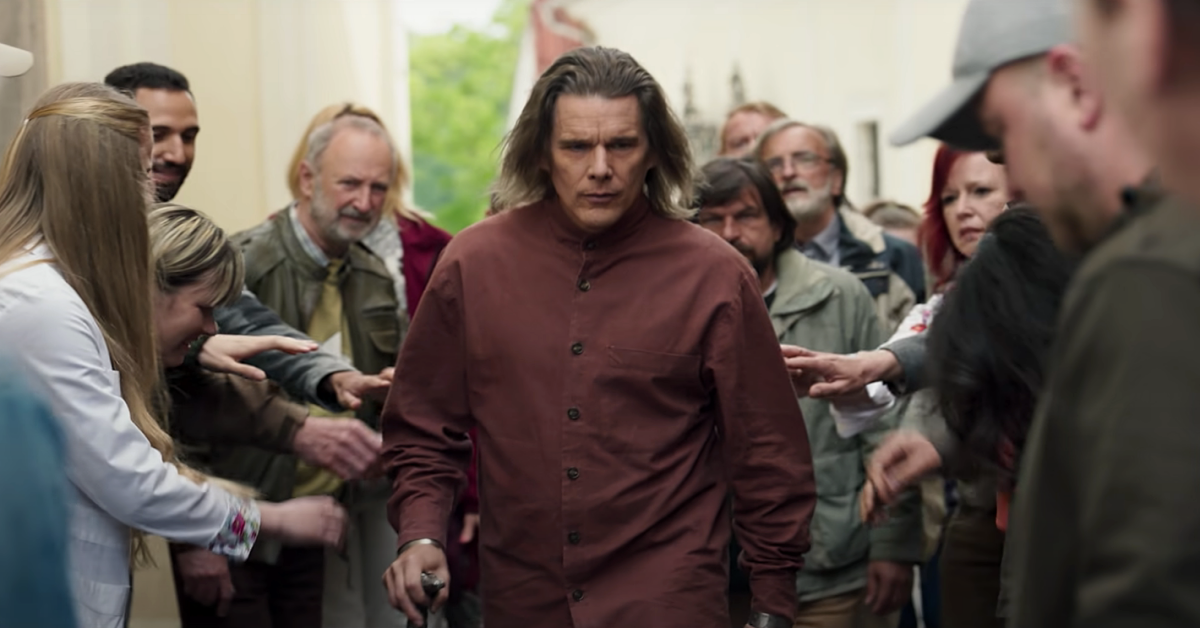 Ethan Hawke’s Moon Knight villain, Dr. Arthur Harrow, has to be one of the most obscure comic book characters ever brought to life in the MCU. In the comics, Harrow is a pain scientist once considered for a Nobel Prize, only for his career to collapse after it was revealed he was using data sourced from Nazi experiments. In the MCU, he’s a cult leader dedicated to realizing a world without evil, no matter how many people he has to kill to achieve it.

We Got This Covered attended today’s Moon Knight press conference, where Hawke went into detail about how the show inverts what you expect from a superhero story:

The history of movies is paved with storytellers using mental illness as a building block for the villain. There are countless stories of mentally ill villains and we have a mentally ill hero. And that’s fascinating because we’ve not inverted the whole process because now as the antagonist I can’t be crazy because the hero’s crazy. So I have to find a sane lunatic or a sane malevolent force.

Hawke went on to explain how Harrow doesn’t consider himself as villainous:

Once you’ve broken the prism of reality everything that the audience is seeing is from a skewed point of view, that’s really interesting for the villain because am I even really being seen as I am? And that was our riddle and we came up with somebody who was trying to save the world. In [Harrow]’s mind he’s the sane hero. He thinks he’s going to be part of the great solution.

Hawke revealed that he signed on for Moon Knight after director Mohamed Diab’s pitch, without ever having read a single page of the script, and didn’t regret it for a moment. He also explained how incredible it was to shoot in the Jordanian desert, and how the tranquil surroundings helped everyone working on the show to understand their characters.

The future of Hawke’s character remains unknown, though he may have dropped a big hint earlier this week, when he mentioned that we could see multiple future seasons of Moon Knight. This may indicate that Harrow will survive his first encounter with Khonshu’s avatar of vengeance, and go on to be a recurring MCU character. We’ll know for sure soon enough.