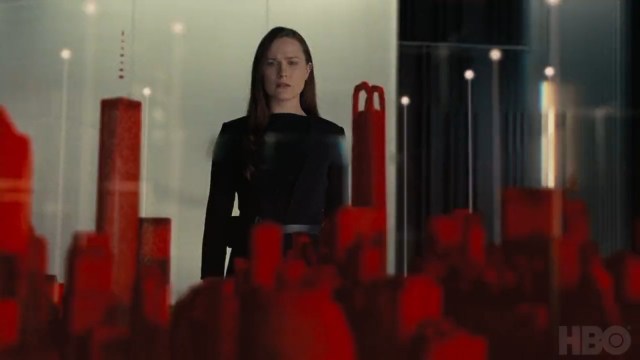 HBO’s Westworld has returned for a fourth season and Evan Rachel Wood is giving fans more details about her new character, ‘Christina’. For the first three seasons, Wood played Dolores, a host in the Westworld park who becomes self-aware and fights against her programming and the people who have used and abused her. In season four, it’s a whole new game.

In a report from Metacritic, Wood talked about her new character who is a human and not a robotic host. Dolores ostensibly died in season three, and Wood had her own questions about who she is.

“I asked at the beginning of the season, ‘Is there any Dolores in her?’ And they’re like, ‘No, completely starting over.'”

In season three, Dolores went rogue and escaped the theme park for the outside world with plans to free humans from their predetermined lives. At the end of the season, she connected to Rehoboam, a quantum supercomputer system with the capability of calculating the future, and attained the key to the Valley Beyond’s data. She then gave it to Caleb Nichols (Aaron Paul), who used it to deactivate the system, and Dolores is subsequently deleted.

Season four shows the character of Christina having a seemingly normal life. She wakes up, goes to work as a video game developer for Olympiad Entertainment, and her roommate Maya (Ariana DeBose) tries to get her to have a social life. Although Dolores’ ending seemed finite, there could be more connections between the characters.

Not all is as it seems though because Christina finds herself distracted in her daily life. She’s seen creating a video game character similar to Dolores, and (much to her boss’s chagrin) she’s devoted to giving the story a happy ending, just like Dolores wanted. A man has been stalking her, claiming she’s ruining his life with her game. There’s some connection to Dolores, but that connection has yet to be determined.

Many of the show’s familiar faces will be returning in season four. James Marsden, who was absent during season 3, reprises his role as Teddy, and Jeffrey Wright’s Bernard will be coming back as well. Wright recently pondered how Jim Gordon and Batman would fare in Westworld, and he would probably know best.