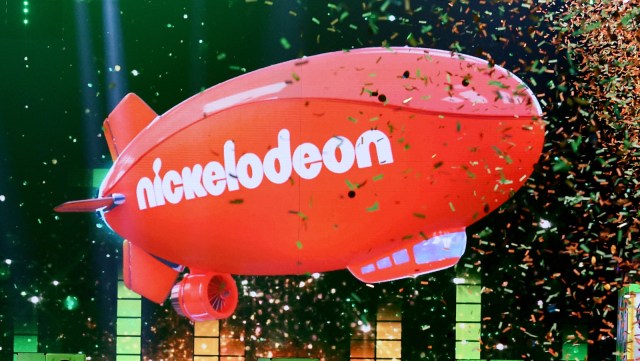 As the spotlight has been set upon alleged abuse accusations within Nickelodeon, former child-star Alexa Nikolas has begun protesting outside of the company’s headquarters.

Nikolas, who played Nicole in Nickelodeon’s hit show Zoey 101 premiering in 2005, spoke to TMZ sharing her concern for child actors working at the studio today.

She said that during her time on set she did not feel safe or feel that Nickelodeon had her best interests in mind.

“I want to make Nick safe for kids because in my personal experience working on Zoey 101 I didn’t feel safe. I didn’t feel like Nickelodeon was protecting me or had my best interest in mind so after hearing so many stories from different Nick stars it just feels like enough is enough and so we’re here today trying to make a change at Nickelodeon.”

The actress shared that being back at Nickelodeon’s headquarters was a triggering experience and caused her to lose sleep, but she also believes that the company can be redeemed if they do the right things going forward. For now, the studio hasn’t even apologized to any of the former stars as she believes they deserve.

Going further, she laid out the things that she wants to see Nickelodeon do going forward.

“I don’t want to hear one more story of a Nick store having a traumatic experience that’s for sure. I want no more NDAs, we’re done with NDAs, no more silencing in there, we want to know what is happening in there so we can help if needed.

I want them to apologize to all of the Nick stars that suffered in any kind of way, any type of childhood trauma that came from this network I would like them to take accountability and say that they’re sorry I think that’s simple and we shouldn’t have to beg for that in any way.”

These recent protests were sparked by damning allegations from Nickelodeon actress Jennette McCurdy in her memoir, I’m Glad My Mom Died, with particular attention to Dan Schneider.

In this book, McCurdy alleges that she was pressured to drink underage and received unwanted messages from Nickelodeon executives. She also claims that she was offered $300k hush money to remain silent on these messages.

As of right now, Nickelodeon has not addressed the claims put forward in McCurdy’s book.