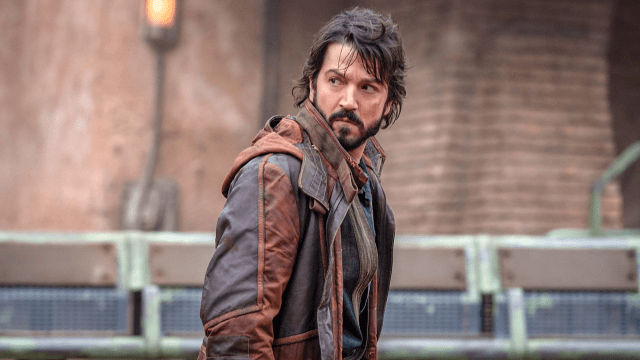 Have you been watching Andor? Based on the latest reports, the answer is likely no, but what could be the underlying issue?

Out of all the Disney Plus live-action Star Wars offerings, Andor’s 91 percent Fresh rating ranks only slightly behind The Mandalorian’s 93 percent, at least according to critics. Audiences saw a bigger gap between the two, as Andor is still certified Fresh at 83 percent, though it trails Mando’s 92 percent positive rating with fans. Still, that puts Andor well ahead of shows like The Book of Boba Fett, with its 66/56 critic and audience scores, and the 82/64 split for Obi-Wan Kenobi.

For that matter, critics and audiences have enjoyed Andor more than several films from Star Wars’ Disney era. According to Rotten Tomatoes, it managed to outscore The Last Jedi, Rise of Skywalker, Solo, and even the show’s beloved predecessor, Rogue One. Judging by that outwardly positive sentiment, then, Andor is clearly one of Star Wars’ best stories in franchise history. Despite this, however, Inside the Magic reports that it has the lowest viewership of any Star Wars show on Disney Plus.

If it’s so good, why aren’t more people watching? The most likely culprits are marketing and fatigue.

Compared with Boba Fett and Kenobi, Andor managed to fly under the radar in terms of a marketing campaign. Usually, the Disney hype machine gets rolling months and sometimes years in advance of a big premiere. This time around, it was almost treated as an afterthought, and that sentiment could have transferred to fans.

With Disney at the helm of Lucasfilm, there’s been a steady stream of Star Wars content. That’s in addition to the copious amount of Marvel shows and specials that proliferate Disney Plus. Then there’s plenty of competition in the streaming wars, with the likes of Amazon Prime’s The Rings of Power and HBO Max’s House of the Dragon both drawing huge viewership numbers. Keeping pace with so many series becomes a full-time job, and Andor falls to the wayside of many watch lists, as fans on Reddit have pointed out.

A good point raised in the Reddit thread was the seemingly random choice of Cassian as the star of a spinoff series.

Andor’s second season has already been announced, but it’s not expected to drop until late 2024 at the earliest. Time will tell if Disney alters its plans in light of the ratings.