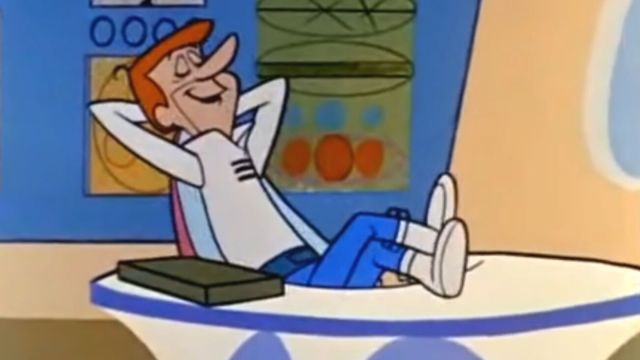 History is being made today as the birth of one of the most iconic cartoon characters from the 60s is today! Today is the birth of George Jetson from the Hanna-Barbara cartoon The Jetsons.

Cartoon Network replied to a fan a few days before his birth on Twitter, confirming Jetson’s exact birth year seen on the character’s Wikipedia page. According to the broadcaster, Jetson was 40 when the show took place, so it made sense for him to be born in 2022.

Fans on social media sent their birthday messages to this “fictional baby” that will soon become one of the most iconic characters in cartoon history.

Meanwhile, one sent their condolences to the parents of Jetson as they believed he was misogynistic and patronizing. This character analysis was weird since the show’s title sequence had him look annoyed at his wife taking his wallet to go shopping but doesn’t reprimand her or anything.

Others begged parents who were going to giving birth to this day to name their kids “George Jetson”. I mean, we’re living in a generation where Gen Z’s and Millennials were considering calling their kids “Naruto Uzumaki”. Don’t be surprised when your child comes home from school and said they befriended someone named after a 60s cartoon character.

And to prove how unhinged this generation could be, fans discovered that someone named their child “George Jetson”, after searching the name online.

Happy Birthday George Jetson! Hopefully your future does not involve the end of the world thanks to climate change.