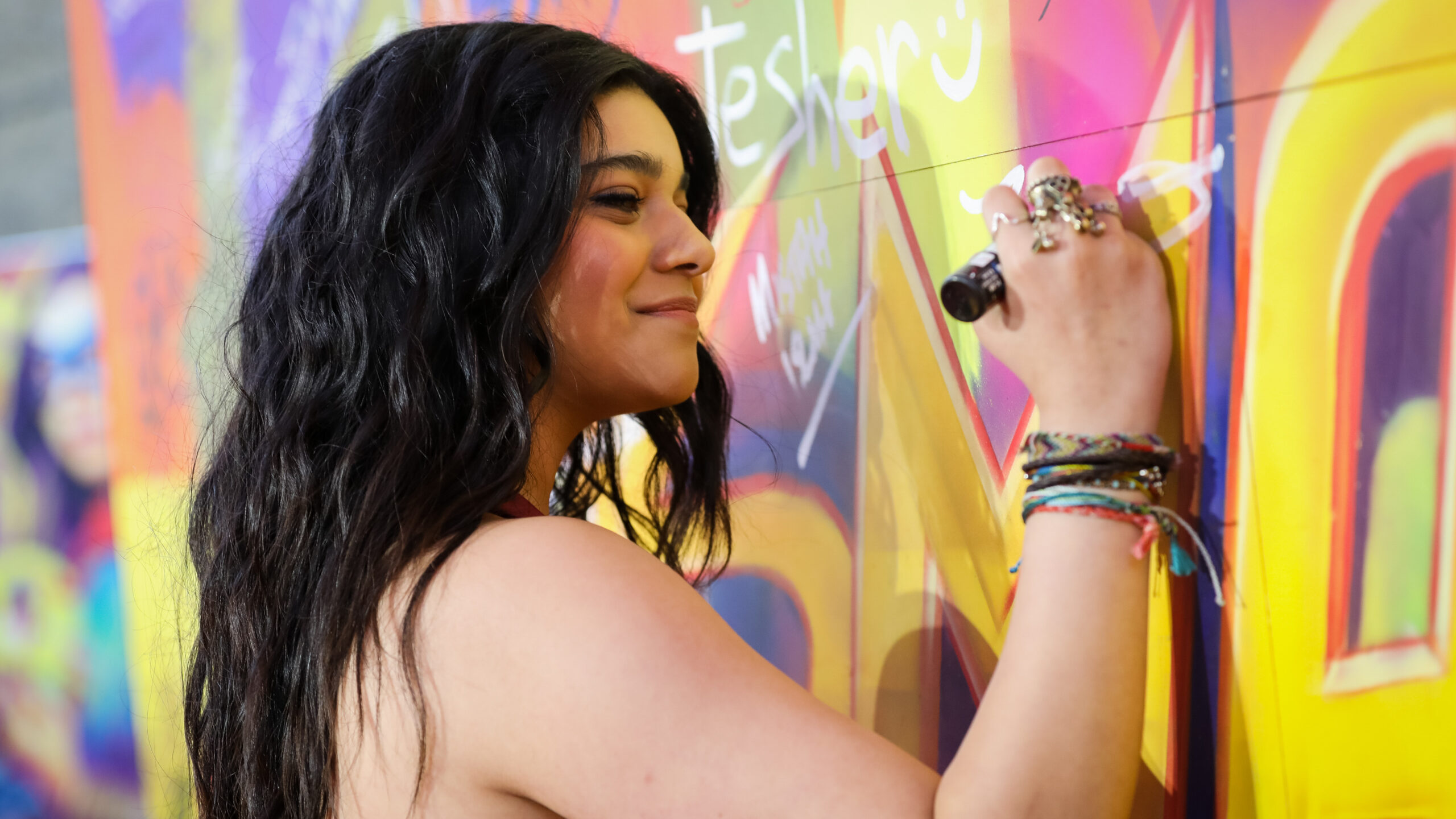 Warning: The following contains mild spoilers for episode one of Ms. Marvel.

While the month of June is a time to celebrate all things LGBTQ+ for Pride month, it’s also time to brace yourself for the seemingly endless list of synergy-seeking crossovers from everyone from major corporations, to TV series. But the latest Disney Plus series, Ms. Marvel, has a bit of crossover that online fans are going wild over.

While Kamala and Bruno attend the very first “AvengersCon,” a character can be seen wearing a logo tee that reads “Asgard PRIDE” with the “Asgard” written in a runic font and the “PRIDE” made up entirely of block print rainbow letters. And with that, the must-have item of Pride apparel for every LGBTQ MCU fan was born.

The shirt speaks only the truth. Asgard is canonically pretty queer, with both Lokis and Tessa Thompson’s Valkyrie openly bisexual in continuity and Thor … well let’s just say he looks pretty fluid in the Love and Thunder trailer, much to Star-Lord’s consternation, and at the very least he’s been the subject of a thousand ‘ships.

And speaking of ships, a lot of fans noticed Kamala’s animated wink and a nod to the Captain Marvel/Valkyrie ‘ship. Replete with its own rainbow.

The Ms. Marvel comic books series that serves as the show’s source material is no stranger to all sorts of representation and has contained LGBTQ+ characters since its first issue — but we’ll refrain from spoilers in deference to the fans that are just getting to know Kamala, her family, and her friends.

In the meantime, Marvel Studio better come up with some official merch for this phenomenon quickly. Handmade and alternate marketed shirts are already popping up online.

The next five episodes of Ms. Marvel will air on Wednesdays on Disney Plus through July 13.