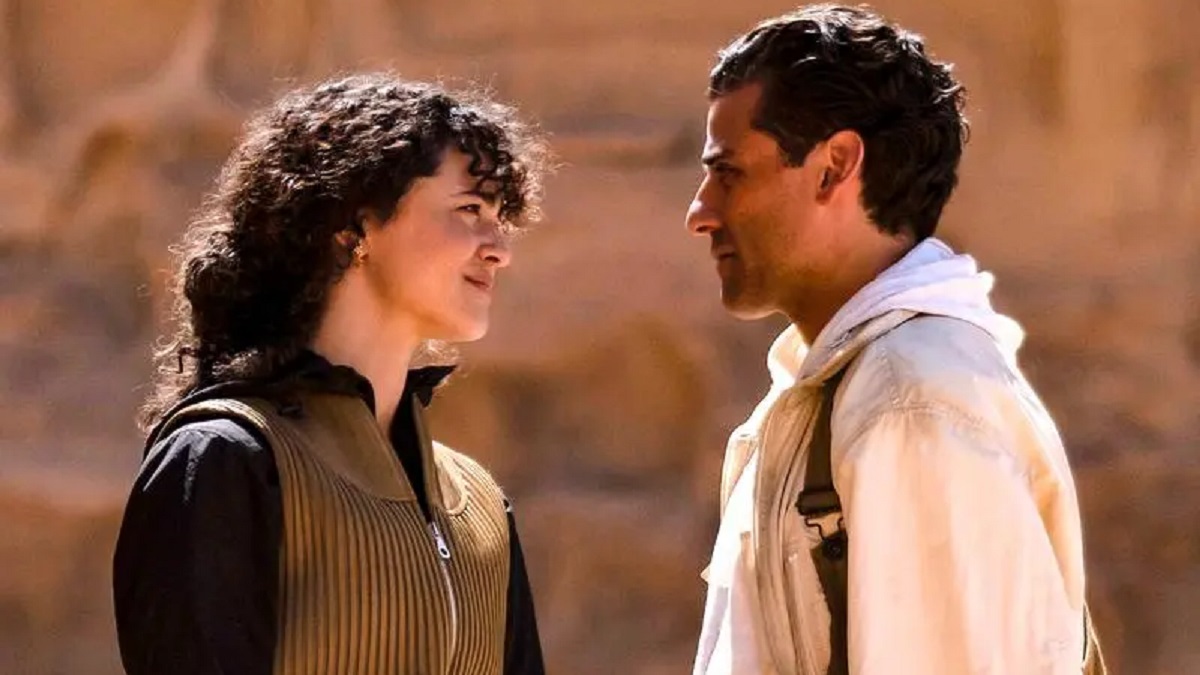 Moon Knight episode two just aired and continued the hot streak that began with the premiere. One of the biggest developments was the introduction of May Calamawy’s Layla El-Faouly, who we briefly heard on the phone last week and is desperate to get back in touch with Marc Spector.

Layla had quite the introduction, quickly demonstrating her determination, fighting skills, and ability to stay cool under pressure. But then that’s what you should expect from grizzled mercenary Marc Spector’s wife – though Steven Grant was understandably shocked at the revelation he’s married to her. She also got one of the best lines of the episode, asking the unexpectedly British Grant, “What is that accent?!”.

For the most part, fans are loving Calamawy’s debut:

But there are some critics, with several people confused as to what accent Calamawy is aiming for:

Later in the episode, we also got a tease that Khonshu has his eye on Layla as his next avatar. This is presumably why Spector has tried his best to avoid her, as having a murderous ancient Egyptian god living in your head doesn’t seem like much fun (even if he does grant cool superpowers).

Perhaps later in the series we’ll get to see Layla as her own ‘Moon Knight’. The final moments of the show teased a trip to Egypt, so let’s hope the next episodes see Layla going full Lara Croft for some tomb raiding action.