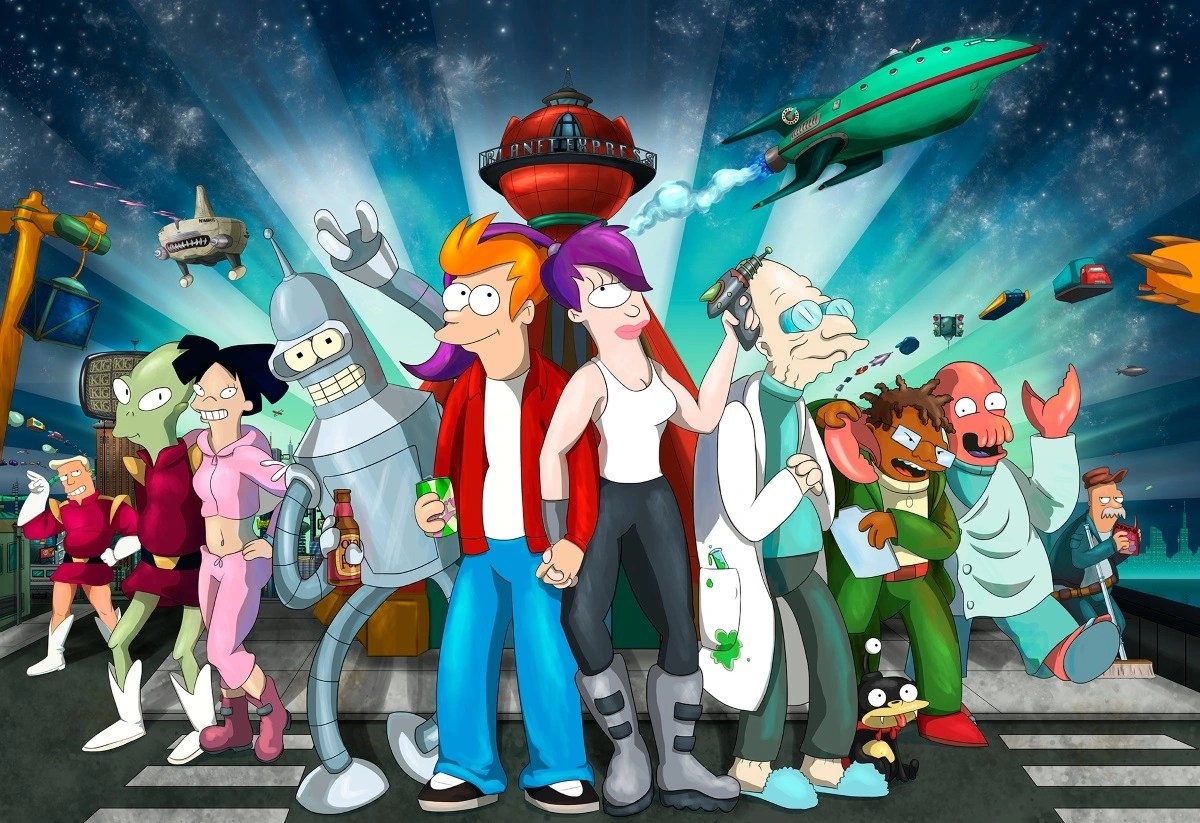 Good news, everyone! Futurama is back! And the fans are rejoicing.

Hulu has revealed the series will begin a new run on the platform nearly 10 years after it last aired. Co-creators Matt Groening and David X. Cohen will return as well alongside OG voice actors Billy West, Katey Sagal, Maurice LaMarche, Lauren Tom, Phil LaMarr, and David Herman. John DiMaggio, who voices fan-favorite robot, Bender “Bite my Shiny Metal Ass” Rodríguez, is currently in negotiations to return as well but has yet to ink a contract at this point.

Futurama originally ran on Fox, where it was imagined as a companion piece to Groening’s smash hit creation The Simpsons. However, the series did not end up airing on the same night, and after a series of scheduling blunders, the network finally pulled the plug on it in 2003 despite owning the show outright. In 2007, the show made a small-scale return with four direct to DVD specials that Comedy Central would go on to air episodically. After the successful soft launch, Comedy Central began producing new seasons in 2010, wrapping up the show apparently once and for all.

But, you can’t keep a good bending robot, mutant space pilot, eccentric scientist, and galactic pizza delivery boy down, and it seems that Hulu is going to give the show a new lease on life. When presented with the opportunity to bring fans and viewers new episodes of Futurama, we couldn’t wait to dive in, Craig Erwich, president of originals at Hulu and ABC Entertainment, told The Hollywood Reporter. “This iconic series helped blaze the trail for the success of adult animation since its initial launch, and we look forward to Matt & David continuing to pave the way and further establishing Hulu as the premiere destination for fans of the genre.”

Hulu has bet big on adult animated fare in the past few years and has been the host to a slew of fan-favorite titles such as Family Guy, American Dad, Bob’s Burgers, Rick and Morty as well as network originals such as Crossing Swords and Solar Opposites. The streamer also revived the 90s classic Animaniacs to great acclaim by fans and critics alike. Now, animated properties are among Hulu’s most-watched titles.

Ironically, animation, which used to be one of the more expensive things a network could produce, is now one of the most affordable. The fact that production is rarely affected by adverse filming conditions like COVID protocols is also key to the format’s popularity. Futurama is just one of many revivals due to hit screens soon with a New Ren & Stimpy, Beavis and Butthead, and Clone High already in the works at Comedy Central and HBO Max. Any one of them could blow up into a cash cow along the lines of The Simpsons or Rick and Morty.

Marci Proietto, head of animation at producers 20th Television Animation, had this to say to The Hollywood Reporter, “The excitement from Hulu about returning Matt and David’s genius creation for all-new episodes has been off the charts. I’m thrilled that this incredible team will get to tell more stories and that our Planet Express crew will have more adventures together. It’s a win for the fans who have loved the show since the beginning, and for the ones who will now discover it for the very first time.”