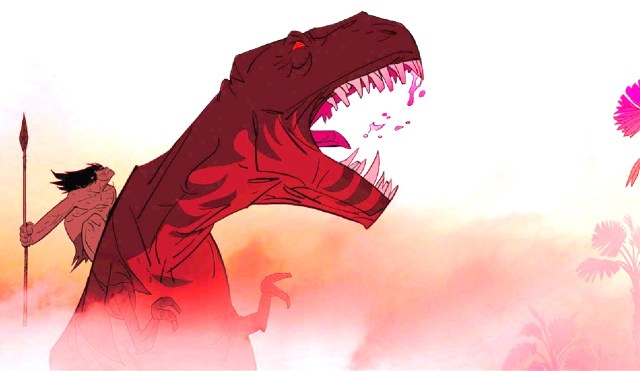 Warning, there will be spoilers below. If you have not seen the show yet, please proceed with caution.

On HBO Max, animator Genndy Tartakovsky has been telling the pre-historic story of a man and his dinosaur in Primal. It has two seasons, its second after a two-year hiatus just concluded. When it comes to its sudden new twist, its creator says it is logical.

Tartakovsky makes the comments about the animated show’s central caveman, dubbed Spear, dying at the end of the show’s 20th episode in a recent article published by Entertainment Weekly. For him, people cannot all be happy, as was his sentiment with the end of Samurai Jack. Primal is about Spear’s confrontation with nature, and it would be unwise to see him beat big power.

“For this, going into it, I had an idea of where I wanted it to go,” Tartakovsky said. “The whole scope of the series is about [Spear’s] evolution. He’s kind of like the last caveman, the last Neanderthal. So, his evolution, in a way, is continuing his family. He’s facing this villain that’s supernatural powered. It’s not just a creature. It’s something that’s beyond man. I felt like if they beat them, it’s not right. So, why not go out in a blaze of glory? He’s doing everything to protect his family, like usual, but it’s too much. You want it to be realistic …. you want it to be believable character-wise. To continue on with his daughter felt like the right thing.”

Later in the article, the 52 year old adds he is not sure the show will continue with Spear’s daughter, an older Fang, and her children. He may end up doing something else in the world with a new subtitle or he could keep with what exists now if there is a giant outcry from fans. He also took the time to dismiss a theory from some fans and firmly shut down the possibility of it later on.

“[It is] absolutely not [secretly set] in the future.”

Primal has not been renewed for a third season as of this story’s filing. It has very little dialogue and lots of graphic violence. Tartakovsky’s other work includes the original Star Wars: The Clone Wars shorts as well as serving as a producer on The Powerpuff Girls. In 2024 and 2025, he has two movies on deck, Fixed and Black Knight. He is serving as the director and writer for both of the projects.