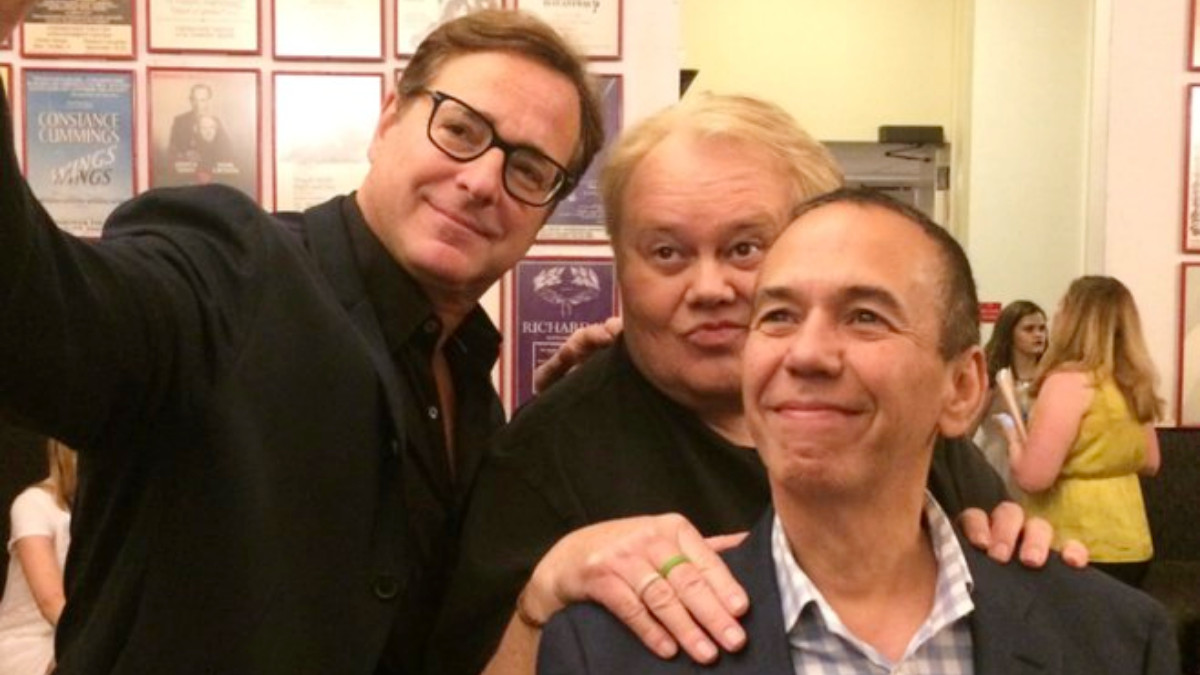 Less than two weeks after Bob Saget died, the world was shocked to hear that Louie Anderson had also passed away on Friday morning after a battle with aggressive blood cancer. And as difficult as it is to lose two beloved comics in the same month, we can only imagine how hard it must be for the undoubtedly very many mutual friends Saget and Anderson shared between them.

Comedian Gilbert Gottfried is one such mutual friend, as you can imagine the three were all in the same standup circuits back in the day. Shortly after the news broke, Gottfried tweeted what appears to be a somewhat recent selfie of himself with Anderson and Saget — Saget being the one to take the photo, of course, being the tallest out of the three.

“This photo is very sad now,” Gottfried wrote. “RIP Bob Saget and RIP Louie Anderson. Both good friends that will be missed.

Very sad indeed. What makes losing the two kings even more difficult is how young they were, as Saget was just 65 and Anderson was 68. It’s unclear when Anderson was diagnosed with cancer, but both men had appeared to be in otherwise good health before their illnesses.

Saget’s cause of death is still unknown, but it is believed that he may have suffered a heart attack. And just last year, Anderson — who had been overweight for the entirety of his career — said that he had lost about 40 pounds with intermittent fasting, and was even hoping to lose 50 more.

Suffice to say, the comedy world has been left with two enormous holes in the wake of the passing of Saget and Anderson.