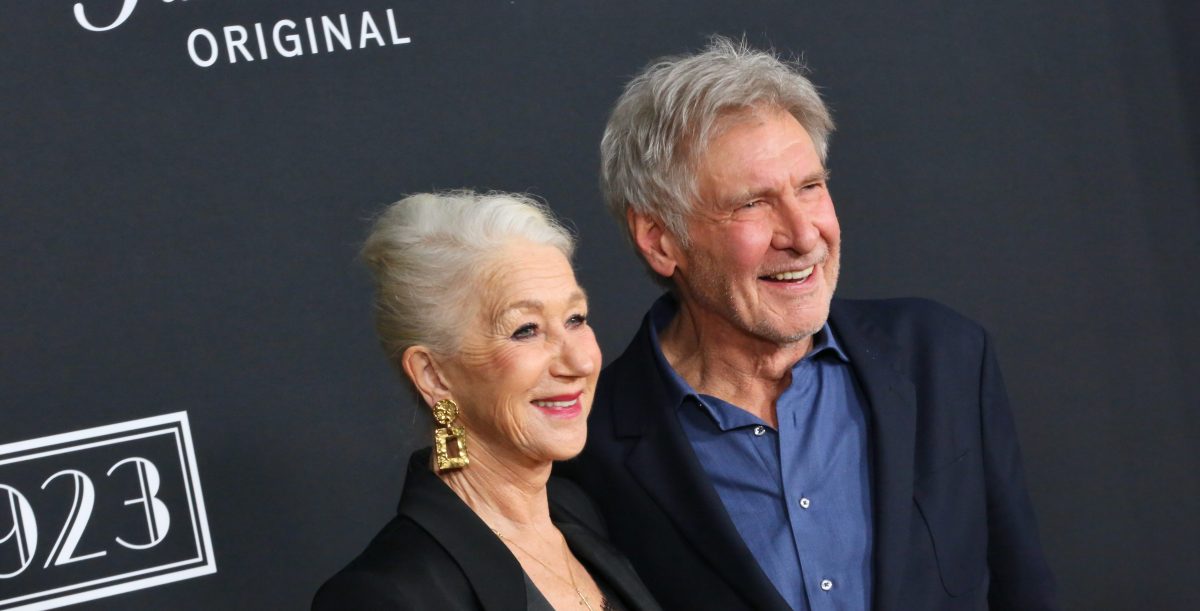 Helen Mirren and Harrison Ford play Cara and Jacob Dutton in the upcoming Yellowstone prequel, 1923, and among the many hats they wear: the most important thing to know about these two is that they’re a pair.

Mirren and Ford spoke with Entertainment Tonight during the red-carpet event for the next chapter of the Dutton family. One of their topics of conversation was that of the bond they share off-screen, their own marriages, and how both will impact the relationship between Jacob and Cara Dutton.

First things first, you should expect to see that Jacob and Cara work together; everything they do is based upon mutual respect and adoration for one another through what they’ve experienced together. Mirren credits the length of their union to the idea that in this phase of marriage, being equal partners is important to both of the Dutton family leaders.

Ford says that besides being partners, his character knows who holds the reigns in this equation and that it’s his partner.

“He knows it and he shows it, and that’s just a part of the fabric of their lives. He does his thing, she does her thing. And they live comfortably together.”

He went on to say that Jacob, as a man and a character, wouldn’t be who he is today without Cara’s compassion, love, and partnership. The same goes for himself and his wife, Calista Flockhart.

“That’s certainly the case. I don’t consider myself a great man, but I do have a great wife as well.”

Here’s to Mirren and Ford, in their television partnership, and to their excellent partners at home who have inspired their characters in the Yellowstone universe. It will be an epic love story, and we can’t wait to see it unfold. 1923 premieres on Dec. 18, this Sunday, on Paramount Plus.