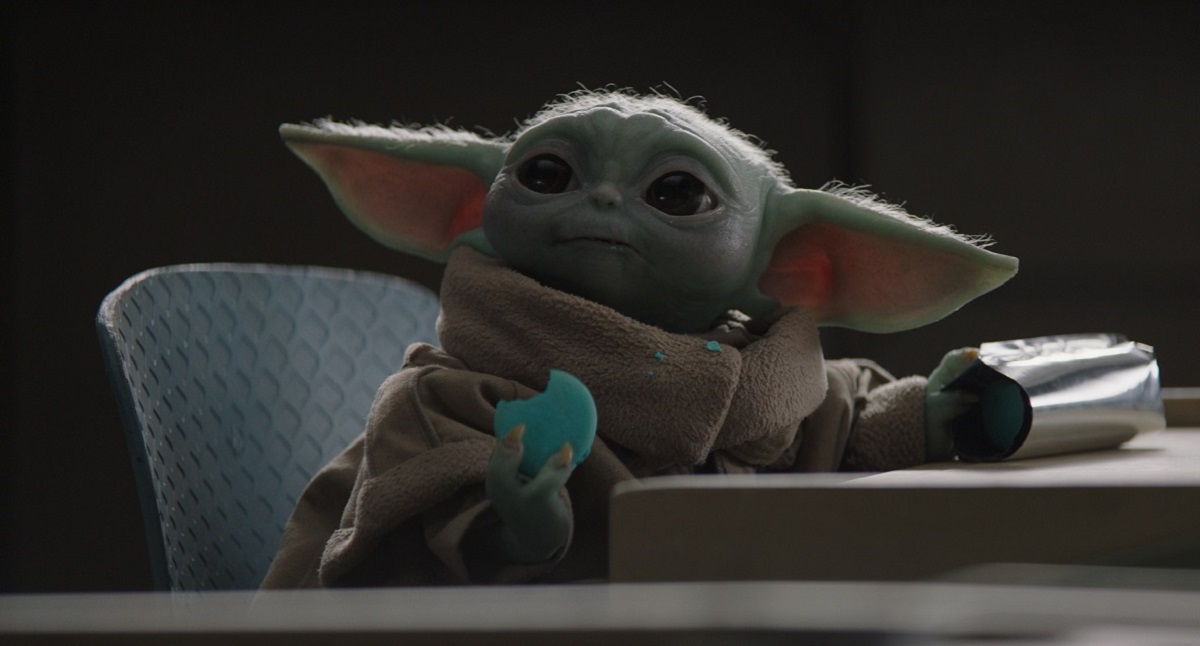 The Book of Boba Fett‘s first season has just wrapped up on Disney Plus and delivered on the promise of war between Fett’s allies and the Pyke Syndicate. The streets of Mos Espa became a battlefield as the Pykes deployed two fearsome battle droids with impenetrable shields. Well, impenetrable to anyone but a furious Rancor at least.

The finale wrapped up a mixed season that’s destined to be remembered for the episodes that didn’t feature the title character. But there was some fun stuff in this episode, namely the reveal of which choice Grogu made at the end of the sixth episode.

After Luke Skywalker passed down Yoda’s training to Grogu, the Jedi Master sensed his emotional connection to Din Djarin. His solution was to offer him a choice: take Yoda’s lightsaber and commit to the path of the Jedi, or wear the Mandalorian gift of Beskar chainmail. Grogu can have one, but not both.

Fortunately, it turns out we only had to wait a week to find out the answer. Grogu chose Din’s gift and – true to his word – Luke popped him in his X-Wing and had R2-D2 fly him to Mos Espa. Despite abandoning Luke before his training was complete, Grogu is now clearly more confident in the Force, as proven when he helps disable a battle droid and calm the furious Rancor.

Grogu leaving Luke’s tutelage must have been a difficult decision, but in the long run, we know it’s a smart move. While Luke is upbeat right now, we know his new Jedi academy is ultimately doomed. After all, if Grogu stayed to train, he stood a very real chance of dying at the hands of Kylo Ren when he turns to the Dark Side.

What this means for The Mandalorian‘s third season remains to be seen, though I suspect Grogu’s understanding of the Force will continue to grow even in Luke’s absence. After all, Din Djarin is about to go on a mystic journey to the mines of Mandalore, where it’s hinted he may discover he has his own degree of Force sensitivity as he masters the Darksaber.

Grogu’s decision to follow a more Mandalorian path may also hint that he has a long future with Din’s people. After all, they consider him a foundling and one of the tribe, so he may become the first notable Mandalorian Jedi since the legendary Tarre Vizsla?

Who knows, come the latter half of The Mandalorian‘s third season, we may see Din and Grogu return to Luke to sharpen their Force abilities side by side? Let’s hope Grogu gets his cute paws on Yoda’s Lightsaber after all…

The Book of Boba Fett is available to stream in full on Disney Plus.