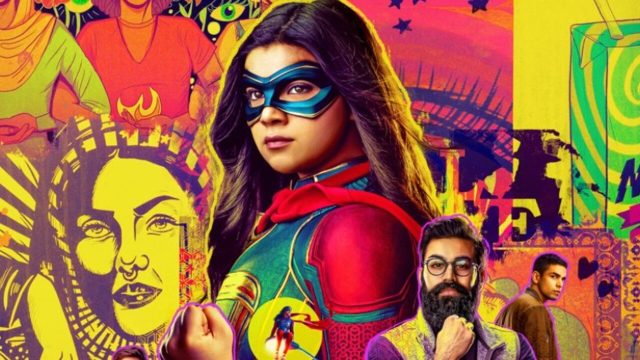 After three episodes set in Jersey City, Ms. Marvel just substantially expanded its scope by moving the action to Pakistan. While tangling with the Clandestine djinn last week, Kamala received a vision of a train, and after a conversation with her grandmother, she’s taken a trip to the family home in Karachi with her mother.

What followed was a nice change of pace for the show, showing Kamala feeling simultaneously at home and as an outsider in Pakistan. Along the way, she finally met the very cool Red Dagger, learned more about the Noor dimension, and continued to hone her energy projection powers. Oh, and she also traveled through time, but we’ll deal with that next week.

The show’s take on Pakistan looked great, especially as they shot on actual locations rather than simply using lots of greenscreen and the Volume. The political situation in Pakistan rules out a Disney production being able to shoot there for the foreseeable future, but the credits confirm that these impressive scenes were actually shot in Bangkok, Thailand.

We got a hint of this back in 2021 when the show was shooting, as images from Thailand of the shoot began emerging on social media:

Although we’ve never visited Karachi, Bangkok appears to have done a fine job matching its architecture and atmosphere, while today’s episode is already getting a warm reaction from South Asian audiences. After this, and Moon Knight shooting its Cairo scenes in Budapest, it’s clear that someone at Marvel Studios is doing a great job scouting substitute locations.

Next week’s episode looks as if it’ll be a period piece set during partition, so keep an eye out for some more excellent set design.