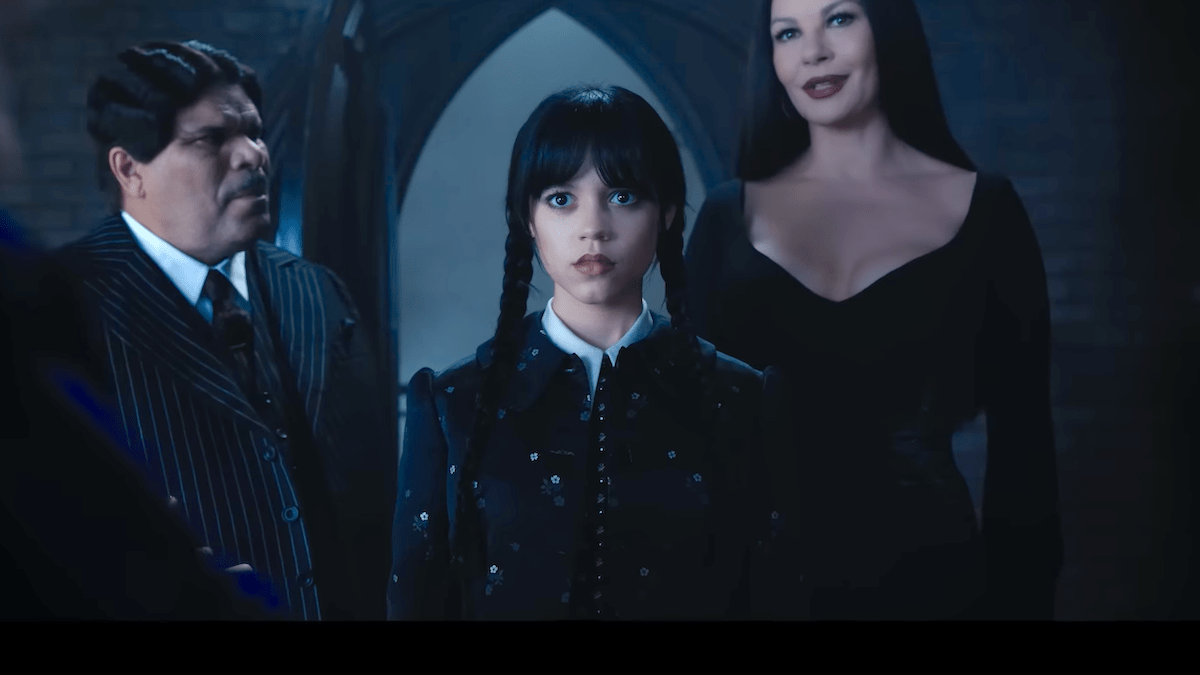 After finding out that Jenna Ortega, the Scream and X star, had been nominated for a Golden Globe, it basically solidified how incredible her performance as Wednesday Addams truly was. She can’t take all the credit, though. The entire cast and crew of Wednesday delivered by all means. It’s right up there with Stranger Things, Monster: The Jeffrey Dahmer Story and Squid Game, it just hasn’t had enough time to find its feet on the streaming platform just yet. Give it time and Wednesday will be smashing records like nobody’s business — we’re sure of it.

Following on from Ortega’s Golden Globes nomination, Netflix has announced that Wednesday has crossed 1 billion hours viewed and climbed to the second spot on the Most Popular list for English TV. Marketed as a comedy-horror series, Wednesday follows the beloved daughter of Gomez and Morticia as she attends Nevermore Academy, a school for gifted supernatural beings. Wednesday’s life is turned upside-down after she’s forced to solve a murder-mystery at her school that leads to some terrifying discoveries.

Joining Ortega is Catherine Zeta-Jones, Luis Guzmán, Isaac Ordonez, Gwendoline Christie, Riki Lindhome, Jamie McShane, Fred Armisen, and Christina Ricci in supporting roles. The series was created by Alfred Gough and Miles Millar, and none other than Tim Burton serves as an executive producer, so it’s no wonder that the ghoulish and gothic atmosphere is totally nailed. Considering that Wednesday only landed on Netflix on Nov. 23, this is an insane achievement for all those involved and Jenna Ortega, for one, will be patting herself on the back for not only a Golden Globe nomination but also a legacy that will no doubt stand the test of time long into her later years.