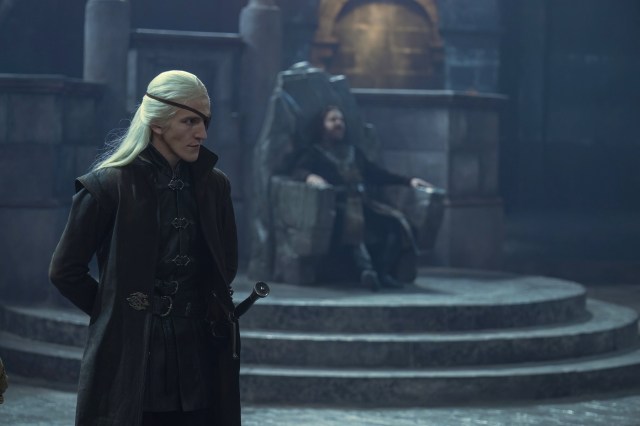 House of the Dragon is setting up Aemond Targaryen as a great warrior, perhaps even a match for the Rogue Prince himself, but how would he fare against arguably the most badass fighter in Westeros by the end of Game of Thrones?

When we think about great fighters in the history of the Seven Kingdoms, certain generic names are bound to pop up in our brains; Ser Arthur Dayne, Jaime Lannister (before he lost his sword hand), and even Jon Snow, who bested every swordsman who squared off against him. We can all agree that by the end of the show, no one (pun intended) would have been able to look at Arya without considering their next movement carefully.

Now, since Aemond One-Eye is so keen on flaunting his knife at us and the Stark heir’s weapon of choice is a dagger, fans are wondering which one of them would live to tell the tale if they had a fight to the death.

Even barring her obvious skills — she was the one who dealt the Night King that fatal blow, after all — it seems that most fans are favoring Arya Stark for the sheer strength of plot armor.

Damn you, Aemond. That Strong joke was a gift that keeps on giving.

Then, there’s the fact that Aemond has a blue sapphire in his eye, and Arya is destined to shut “blue eyes.” What do we say to the god of death?

Arya has one more advantage in this fight; she could disguise herself as Lucerys and give Aemond PTSD… or would she?

Sorry, my prince, but it seems like you’re destined to lose this round.