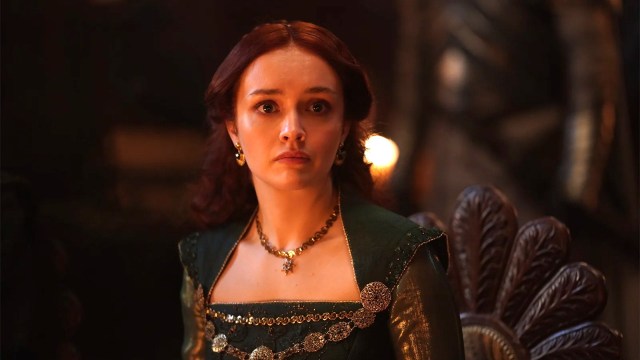 Regardless of how we may feel about Alicent Hightower and what she’s done so far in the first House of the Dragon season, at least now she won’t be able to plead righteousness after the events of the latest episode.

As King’s Landing prepared to embrace its new monarch, Aegon II Conqueror —with Alicent and Otto working behind the scenes to usurp the Iron Throne from Rhaenyra— the good queen found herself in a predicament over the White Worm. Larys Strong offered her a solution, though at a price that he seems to have exacted many times before.

The scene where Alicent takes off her stockings and the Clubfoot, to put it delicately, has a solo session in front of her, will be forever etched in our memories as one of the most disturbing moments in Game of Thrones history. But as startled as most of us felt during that sequence, the internet can’t help but make the obvious joke. We’ll let you see it for yourself.

I think we just hit the peak in terms of memeing the latest House episode. It just doesn’t get any better than this. And while they’re at it, fans are suggesting that we don’t ignore another member of the family: The Eye.

We have to hand it to Olivia Cooke, though. Her acting chops truly immerse us in the scenes.

Alicent should probably consider herself lucky that Larys wasn’t born with a, erm, Club-nipple.

It almost makes us sad that Alicent has to deal with the Criston Coles and Larys Strongs of this world when Rhaenyra has such charismatic allies in the form of Daemon, the Sea Snake, and even Rhaenys.

Speaking of whom, the show’s finale is going to depict the Blacks and their reaction to the Hightower treason when House returns next Sunday on HBO.