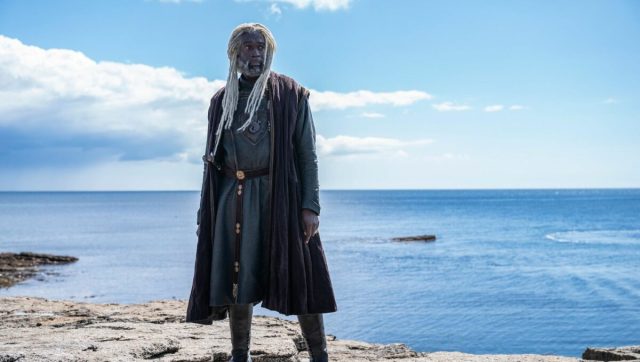 House of the Dragon is set to introduce us to a more diverse version of Westeros, and not just for the sake of the so-called “wokeness” that the online community uses hand in hand whenever there’s talk of more diversity in the entertainment industry.

In fact, all of this might have to do with the Targaryen dynasty being generally more progressive when it came to stuff like this. Nevertheless, there are some parts of the internet space where the only excuse people need to level racial slurs towards a person of color is the simple fact that he’s been cast in a television series as prominent as House of the Dragon.

Steve Toussaint, best known for his performance in Prince of Persia and It’s A Sin, had a chat with The Hollywood Reporter about his upcoming main role as Corlys Velaryon in House of the Dragon, revealing that he was racially abused on social media when news of his casting broke out.

“When I got the gig, I literally was like, ‘It’s just another role because I have Black friends who had small parts or recurring parts in [Thrones].’ I didn’t realize it was a bigger deal until I was racially abused on social media when it was announced. Yeah, that sh*t happened.”

As to its extent, it seems that things got pretty uncivilized, to put it extremely lightly, for a platform that boasts members from a 21st-century society.

“It got announced and somebody put up like an artist impression of The Sea Snake, which must come from one of the books. So someone put that up opposite my picture and [expressed dismay]. Then someone else referred to me by the N-word – that was in reply to a director I had worked with who wrote, ‘Steve Toussaint is great!’ and they said, ‘No, Steve Toussaint is a … —’ There was also a Black American chap who is a big fan of the show who contacted me saying that he gets abuse because he championed me for the part.”

Of course, it’s not the first time we hear of such mobs on the internet, and it definitely won’t be the last. On the bright side, this maelstrom of racial backlash usually comes from a very small but irritatingly vocal minority.

Regardless of reservations from folks who don’t want Steve Toussaint on House of the Dragon because of the color of his skin, the British actor is coming to the small screens in force as Corlys Velaryon, aka the legendary Sea Snake, in just a week’s time.