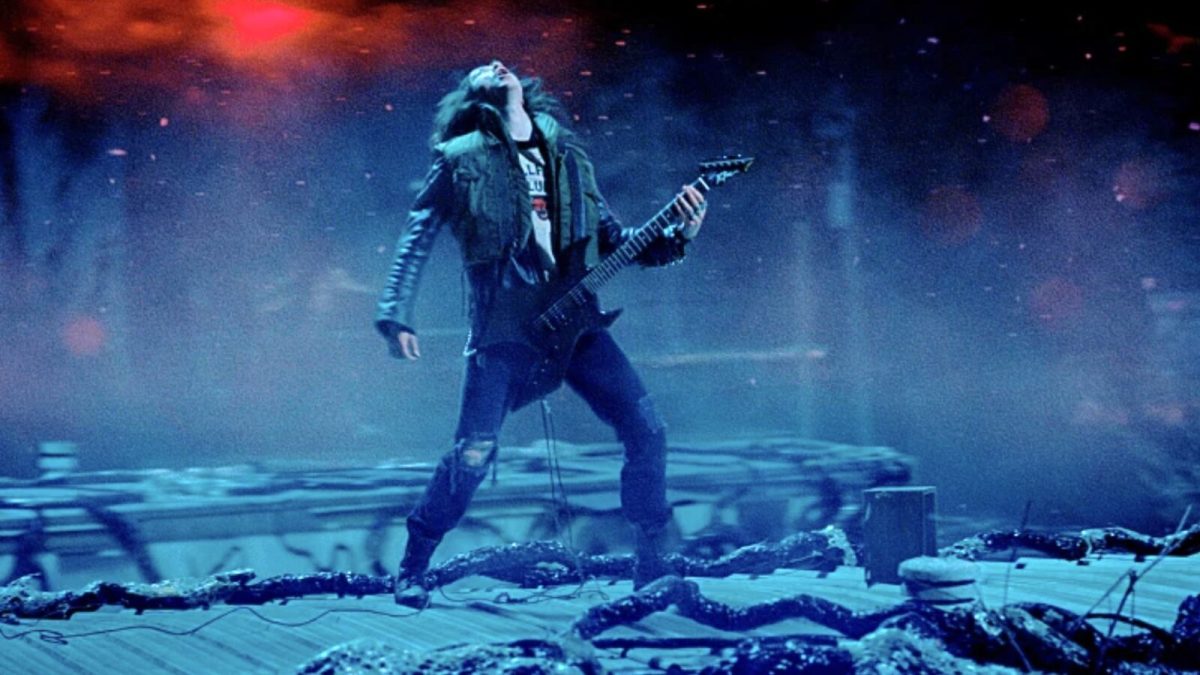 Metallica has long been known as extremely reluctant to license their music for TV and cinema. But, as of Stranger Things this summer, that position has clearly relaxed. The season four finale saw their 1986 smash Master of Puppets played during the climactic moments, with Eddie Munson shredding to the metal classic as he tried to create a distraction in the Upside Down.

The scene sent Master of Puppets song shooting up the charts and introduced Metallica to a whole new generation of fans.

Drummer Lar Ulrich reflected on how this happened in an appearance on Howard Stern’s SiriusXM show, describing the scene’s success as a “mindf**k” and admitting they might have been too strict in the past:

“It used to be with Metallica that we were always the ‘No’ guys. ‘Hey, can we have this song for this, can we have that song for that’… blah blah blah… and it was just, No, no, no, no, no. And a few years we kinda reversed it, and did a 180 [degrees turn] and we just said, You know what, this is stupid, why are we hanging on to these songs like they’re so important, like they’re the crown jewels or whatever: it’s like, let’s share our music with the world. And so a couple of years ago we started saying Yes to everything.”

It sounds like the Stranger Things team had the perfect pitch to get the band to sign off on the scene:

“Obviously we’re all somewhat familiar with the Stranger Things phenomenon, so we got that [request] in six or nine months ago and said Yes, and they wanted to build this whole scene around Master Of Puppets, and we said, Of course. And then it came out over the summer and it was just such a mindfuck to see how that became a phenomenon. And we were so proud: I mean, who would have thought 40 years later that these songs could still have that impact. So we were excited to be part of it, absolutely.”

In a separate interview with The New Yorker, Ulrich explained that the industry has changed since the 1980s and there’s a much higher tolerance for a band “selling out” like this:

“If you and I were sitting here twenty years ago, thirty years ago, back then it was really only about the music. Partaking in these sorts of opportunities would have been considered selling out. But the culture is so much more forgiving of these types of things now.. When you’ve been around as long as we have, you have to kind of ebb and flow. I don’t think there were any writeups about Lollapalooza this morning that didn’t mention Eddie, didn’t mention ‘Stranger Things.’ And it’s not like ‘Eh, what the f**k, is the music not good enough?’ It’s like . . . it’s cool.”

It seems like they made a good call. Spotify reported that the week after the episode was aired Master of Puppets was played 17.5 million times, with it also going on to hit the no.1 spot in the iTunes charts. The band celebrated by releasing a TikTok video of the scene showing them performing the song while wearing Hellfire Club T-shirts from the show.

Appearing on Stranger Things is turning into a great vehicle for 1980s musicians to gather a whole new fanbase. English singer Kate Bush received similar attention after her song Running Up That Hill was featured and also zoomed to the top of the charts.

After this, we suspect Stranger Things has a good chance of having whatever song they like in the upcoming final season, which is expected to land on Netflix in 2024.